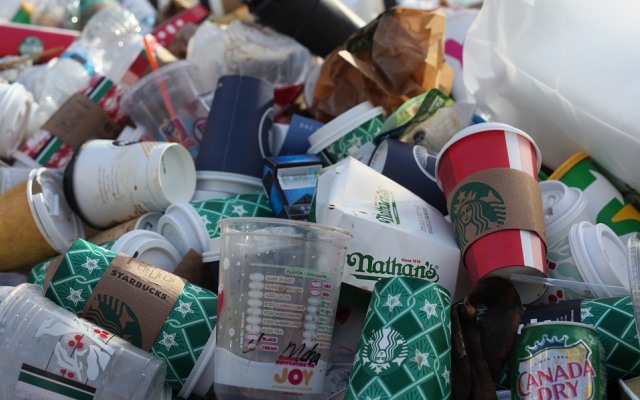 Do you get annoyed if you see garbage piling up in your house for more than a day if the waste collector is on leave? Maybe yes. But have you ever given a thought that does our trash really go away when we hand it over to the waste pickers?

Have we all become so narrow minded that we only consider our household environment to be clean and trash free, but the garbage piles in our common environment doesn’t bother us enough to take action?

Turning a blind eye towards a crisis does not make it go away, similarly, disposing of our trash irresponsibly only leads to a feeling of déjà vu when we come face to face with it in unimaginable ways.

Here are 5 such ways in which our trash comes back to haunt us:

1. Ghazipur and its DÉJÀ VU

What happens to the garbage collected from our houses and places of work? It gets dumped in the landfill daily. Day by day landfills are increasing to become mountains of trash all over our country, so much so that the Ghazipur landfill in East Delhi has been nicknamed Mt. Everest and is set to cross the height of the iconic Taj Mahal by 2020. So much so that there are plans for installation of airplane warning lights on this giant heap.

Almost 2,000 tonnes of garbage is dumped at the Ghazipur landfill each day making it rise by a height of 10 metres each year, reaching 75 metres by 2020. This high paced rising structure is an stinking symbol for the world’s most polluted capital, as designated by the UN.

Ghazipur has been a national concern since long now, it has haunted us with its enormous size in 2017 when there occurred a landslide killing 2 people in it, sweeping 3 moving vehicles into the drain nearby. Due to heavy rains a part of the over flowing landfill collapsed, a disaster long due. The dumping was banned at Ghazipur after this incident but began again after a week because of no alternatives.

Opened in 1984, the Ghazipur landfill reached its capacity by 2002 but due to no other alternative it still is one of the major dumping sites around Delhi. Studies have found out that Ghazipur has become a health hazard with increases respiratory illnesses and water borne diseases around that area.

This life-threatening disaster can happen to any of us, with the overflowing piles at Okhla and Bhalswa our trash can come crashing at us any day now if we along with the government don’t make efforts to solve the solid waste management crisis.

A major hazard of landfills in use currently around the capital is that they have no lining system and are directly sitting on the ground. Every dump releases a black liquid substance called leachate, which at the Ghazipur site seeps into the local canal.

As rain falls, this substance seeps down the mountains of trash and enters the nearby water bodies. With various connecting drains and canals it can also reach places far away from the landfill and also slowly end up entering our River Yamuna.

The landfill leads to pollution of the aquifers i.e. our ground water to such an extent that residents near the site and slum dwellers are living a life of stench and misery. The slum colonies are provided with majorly contaminated water which is not fit for drinking or even bathing. Studies have shown that the groundwater contains high content of chlorides and heavy metals such as nickel, copper and zinc.

Surface water contamination can still be dealt with to an extent by treating it but the deadly toxins also reach our groundwater which is consumed without any treatment, moreover, toxins and leachate in ground water are not limited to the nearby areas but flow to various areas and lead to an excessive water pollution cycle.

The landfill waste is majorly unsegregated at the primary level and dumped as it is in the ground. The sites are highly unstable as the waste piles are loose, exposed and uncompacted leading to landslides and aerobic decomposition.

The decomposing organic matter in the landfills produce methane gas, which is a greenhouse gas. Due to the process of spontaneous combustion in various areas of the landfills, it leads to fires in appropriate conditions. These fires emanate toxic fumes and also contain greenhouse gases like carbon dioxide and monoxide into the environment.

This combustion process, along with some miscreants lighting the dump on fire to reduce waste, leads to major Air Pollution crisis. There have been fires every 3 days in Delhi landfills last year with Bhalswa dump being the major contributor of air pollution followed by Ghazipur. It has also been seen that using water to douse the fire leads to the dried landfill site becoming active due to porosity, further making it unstable.

The most direct way our trash comes back to haunt us is the day-to-day increasing health hazards. Life for people in Delhi NCR is a one with constant face masks and doctor appointments. Doctors near the Ghazipur area have seen a surge in patients with respiratory distress and treat more than 50 patients daily.

According to media reports, many people living near the 3 major landfills in Delhi, consuming the air and water have been diagnosed with cancer, undergoing chemotherapy or have died due to the same disease. The toxins released by the landfills in the air are highly hazardous to our respiratory health. Along with this the heavy metals and chloride content found in the water near the garbage sites is highly carcinogenic.

The solid waste management crisis is on the high, especially in the capital city of our country. Sitting on a ticking time-bomb and less solutions to turn to, the government has started to turn to WTE plants to tackle our garbage issues.

Waste to energy plants burn garbage instead of coal to produce electricity. These plants usually burn non-recyclable, high calorific garbage like rubber tyres, discarded textiles, multi-layered plastics etc to burn efficiently. But these plants should be the last resort for waste management after proper segregation, recycling and composting.

Since the 1990’s there has been installments of various WTE plants around our country. Half of the installed plants have been shut down and the remaining face allegations of not following environmental norms. On similar grounds, the currently functional Okhla WTE plant was slapped a fine of Rs. 25 lakhs by the NGT 3 years ago for polluting the environment. But recently this year we saw a protest by South Delhi residents against this plant for the production of stench and toxic fumes, indicating nothing has changed.

It is known that the major failure of WTE plants in India is due to the burning of mixed waste without any segregation. This makes the waste of low calorific value and high moisture content, yielding poor results in energy production. The left over after burning are not suitable to make bricks and are dumped in the landfills. Also, potential recyclable and reusable products are burnt mercilessly in these plants which is a major systemic failure.

WTE plants though seemingly a good technological option to waste disposal has a lot of cons to it. These plants release less fumes than a coal plant but more than natural gas. The two by-products of WTE plants are ‘bottom ash’ and ‘fly ash’ which are components in the making of air pollution. Waste incineration can also release emissions of heavy metals, dioxins and furans. Moreover, metals and plastics are the high calorific value wastes for burning and PVC burning leads to release of toxic fumes. All these emissions being detrimental to human health.

Doomsday is not far and we as citizens of this country are responsible for it. If we don’t take steps to segregate, recycle, reuse, reduce and compost our waste we will all be trapped in a stinking problem with no solution. Now is the time to take responsibility of our garbage and act upon it to make our nation a pollution free and sustainably developed nation.

Vasundhara is a student of Homeopathic Medicine and believes that humans need to wake up to the environmental crisis so we can save the only home we have got.

Thu Jun 13 , 2019
India does not have an effective and comprehensive Green Building Code. Green Building Laws and Codes in our country are voluntary. 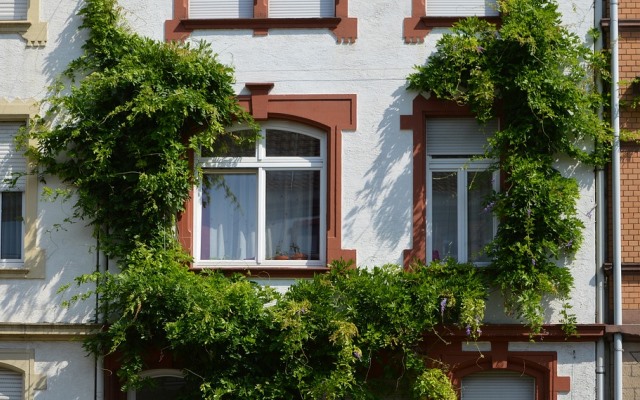