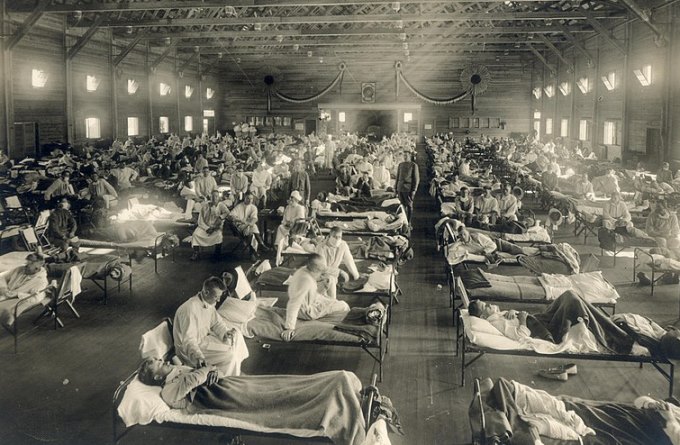 Hundred years ago in 1918, the headlines of newspapers were very similar to what we are seeing today due to Coronavirus 2019. In 1918, the Great War in Europe was finally coming to a halt and peace seemed to be on the horizon. Somewhere in the world, something erupted that seemed to be Common Cold but in reality it was far more sinister than that.

“As bad as things were, the worst was yet to come, for germs would kill more people than bullets. By the time that last fever broke and the last quarantine sign came down, the world had lost 3-5% of its population.” These are the words from Charles River Editors’ The 1918 Spanish Flu Pandemic compilation.

The Spanish flu of 1918 had infected one fifth of the world’s population and claimed lives of more than 50 million people. It was a pandemic which circled the globe in a very short time. It spreads along the path of its carries (humans), along trade routes and shipping lines.

The name “Spanish” flu came from the early affliction and large number of deaths in Spain, where it allegedly killed 8 million in just one month. However, it is now known that a first wave of this pandemic appeared in the spring of 1918 in Kansas and in military camps throughout the USA.

Origin and Epidemiology of Spanish Flu 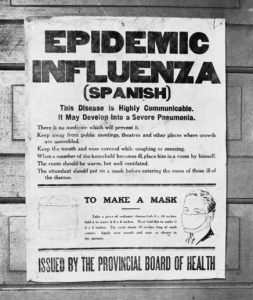 There are still unanswered questions about the origin of the Spanish flu and the epidemiology of the pandemic; there is no universal consensus on this. It is believed to have been caused by an H1N1 virus, with genes of avian origin. Today, we know that the 1918 virus is the likely ancestor of all four of the human and swine H1N1 and H3N2 lineages.

In its initial wave in 1918, the death rate from the pandemic was relatively low. A second wave, from October through December, recorded the highest death rates from the Spanish flu. The third wave, in the spring of 1919, was again recorded as a very lethal one.

This pandemic later swept across India, spreading to Bombay, Punjab, United provinces, Gujarat and rest of the country. Known in India as the Bombay fever, the Spanish flu seemed to have arrived in India via, port of Bombay in May 1918.

In the words of J.A Turner, “the epidemic came to Bombay like a thief in the night.” Another account informs, “In one day alone (6 October 1918), there were 768 registered deaths from influenza in Bombay, more deaths than due to the plague epidemic in 1890s and 1900s.”

The Spanish flu or the Bombay fever had also affected 48 years old Gandhi, who was then living in his ashram in Gujarat. He stuck to a liquid diet during the pandemic, which was the first long illness of his life. Gandhi and his associates at the ashram were lucky to recover. But India bore a considerable burden of deaths from the Spanish flu. 6% of the Indian population was wiped out due to the Spanish flu.

More women lost their lives than men. In the words of the famous poet Surya Kant Tripathi (Nirala), “My family disappeared in the blink of an eye.” Nirala also mentions how the Ganga River had “swollen with dead bodies.” Bodies piled up and there was not enough firewood to cremate them.

To make matter worse, a failed monsoon led to drought and famine and pushed people into cities. This led to even further and rapid spread of the disease. The impact of this pandemic was not limited to 1918-1919.

Evolving Nature of the Flu Virus

A Report of the Institute of Medicine Committee on Emerging Microbial Threats to health in the United States, (published in 1992) defines influenza virus as a prototype emerging infection. We now know that every time when the flu virus copies itself, a small change takes places in its genes. This has been termed as antigenic drift. It is due to this antigenic drift that there is a flu season every year and also why people get the flu multiple times in their lifetime

Now, 100 years after the 1918 pandemic, it is important to recall the significant impact of this pandemic and to reflect on the current state of readiness. We now have advanced capabilities in prevention, surveillance diagnostics, and treatments that were unknown 100 years ago. However, despite these achievements, gaps remain in our response readiness to a severe influenza pandemic.

The outbreak of CoViD-19 (2019) comes a century after the Spanish flu pandemic of 1918. There are some relevant lessons we need to bring forward from the Spanish flu. And as the world and India battle another deadly infection, Governments have been swift to respond. But as was the case a century ago, citizens will have to play a key role in limiting the spread of the Coronavirus.

AI Ray of Hope in the Abyss of Coronavirus Pandemic

Mon May 4 , 2020
In response to the infectious Coronavirus disease, ongoing efforts need to be augmented with AI for slowing down the flare-ups. 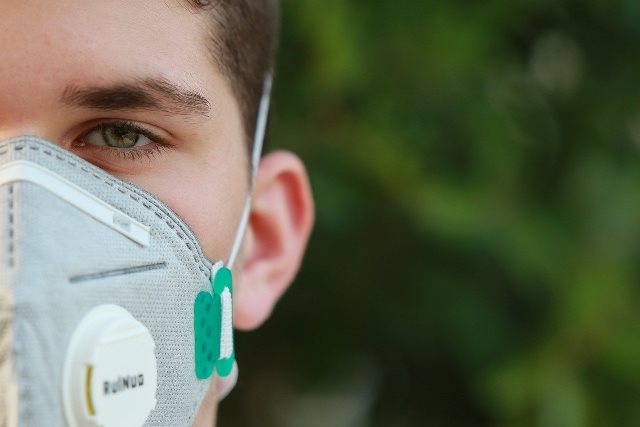