Delhi and its Environment 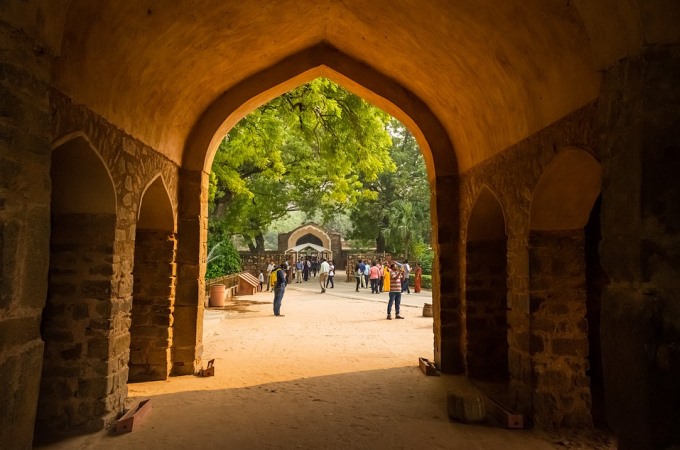 It is said about cities that if we listen carefully, a city speaks and narrates its story to all those who consider it their own. Delhi is no different and a rendezvous with the city reveals its glorious past and green spaces, waterways, wetlands, biodiversity and the architecturally marvelous built heritage. Delhi is referred to as the city of antiquity and is believed to be one of the oldest continually inhabited cities of the world. There have been at least seven cities in Delhi that rose and fell during different times and for various reasons.

Delhi, the seat of power of the world’s largest democracy is also one of the greenest capital cities in the world. Even the British kept Delhi’s green heritage alive during the time that they ruled the country. Not only were the existing green spaces upgraded but new parks, gardens were also planned throughout the city. Such is the glory of Delhi that the building of New Delhi was actually an attempt by the British to lay claim to India’s past and show their unfaltering determination to maintain the British rule in India.

Legend has it that any Emperor or king who creates a new city in Delhi will not be able to last his rule. But that did not stop the conquerors of Delhi from raising different cities from time to time. From erstwhile Dilli to Khushwant Singh’s Bhagmati, the city of Delhi has attracted and amazed people from all walks of life. Delhi – there’s something about it that makes it more than just a city!

The Lifelines of Delhi

Two natural features that perhaps made Delhi a suitable living space and a Capital of choice for every Emperor who ruled the Indian sub-continent are the Delhi Ridge and River Yamuna. The Delhi Ridge is part of the Aravalli Range and enters Delhi from the South. The Delhi Ridge forms the principal watershed in the area while also providing a natural barrier as protection, which was of much importance in earlier days.

River Yamuna is a perennial river that originates in the Himalayas and is the principal source of fresh water for Delhi. These two landscape features, along with how they are located (making a secure Delhi Triangle with the Delhi Ridge Hills on two sides and the river on the third) have made Delhi strategically significant thus attracting settlements of all kinds to settle here since time immemorial.

In the present day, Delhi’s green spaces are being choked and the very trees and green heritage that has been cherished by the generations gone by are being removed without batting an eyelid. The two lifelines of Delhi have been blasted to make colonies, hotels, transport corridors and turned into a drain, respectively. All this has been and is still being done in the name development, in order to make Delhi a world class city.

[Click here to learn about Environmental Issues of Delhi]

We ask two questions here: 1) Development for whom? The cutting of trees, removal of green spaces and a black River Yamuna is leading to air and water pollution. This is directly impacting our health and the health of children and future generation. When are we then cutting trees and destroying rivers, wetlands in the name of development when this is actually killing ourselves and our children?

And 2) Why are we degrading Delhi and reducing it to a world class city when in reality Delhi is an out of the world city which has and can have no comparisons. And the latter is the attitude with which we want to ensure that Delhi is developed on the principles of sustainable and inclusive development.

Of late, Delhi is facing an identity crisis of its own, which is urban stakeholder crisis being experienced by several other mega cities as well. People from across India are migrating in large numbers to Delhi for better educational and work opportunities and in search of a good standard of living. Many others are also migrating due to a disaster event which has caused irreparable damage to their source of livelihood. Most of these are climate or environmental refugees who may or may not go back to their native places.

People who migrate to Delhi as first generation settlers often pay little, if any, attention to the city. Delhi is but a source of livelihood for them, as they try to find themselves in the hustle and bustle of city life. This is a dangerous attitude for both the people and the city as Delhi can be harsh to those who are not able to embrace its warmth. As more and more green cover is being displaced and trees removed from where they once stood in their full glory, Delhi is fast losing its ambiance and may soon become alien even to the few who relate to it at a personal level.

It is with this understanding and motivation that the Delhi Greens NGO initiated and publishes the Delhi Greens Blog. A Delhi-wide survey conducted by the volunteers of Delhi Greens in 2008 asked just one question to the people of Delhi, “Where are you from?”. The findings of the survey, published as a brief “Kiski Dilli?” (Whose Delhi is it anyway?) Report, were depressing as more then 85% of the people took a name of a city other than Delhi. Many of them had migrated to Delhi over a decade ago.

The findings motivated us further to do even more, and transform the people of Delhi into citizens of Delhi through direct action. Delhi is a unique city and cannot even remotely be compared to any other city. No other city shares the history, heritage, culture and rich biodiversity of Delhi. Delhi is a one-of-its kind city that can neither be compared to nor should be compared with! Protecting, developing and sustaining Delhi therefore requires Delhi-specific planning and interventions and the participation of all the citizens of this most majestic city of all times, the National Capital Territory of Delhi.