During the inauguration, Dr. Manmohan Singh was awarded TERI’s Sustainable Development Leadership award for his excellent leadership and significant contribution in creating impetus to confront climate change issue in the present scenario. Addressing the gathering, Dr. Singh said, “The theme Tapping Local Initiatives and Tackling Global Inertia reflects the fact that we have to act at two levels: the local and the global – in dealing with the issue of sustainable development.” Sharing his vision of achieving this, the PM stated that, “We require collective action at both levels so that local good and global good can be aligned and can reinforce each other. We are also taking action on our own in the form of a National Action Plan on Climate Change (NAPCC).”

In this speech, the Prime Minister informed that the broad objective that has been set is to reduce the emissions intensity of GDP by 20% between 2005 and 2020. The seven missions in this regard, viz. energy efficiency, solar energy, sustainable habitat, water, sustaining the Himalayan Ecosystem, agriculture and strategic knowledge for climate change were also shared by the PM. “We will shortly launch the last of the 8 National Missions under the Plan, which is called Green India, which will result in the regeneration of 6 million hectares of degraded forest land.” The PM also informed that the Twelfth Five Year Plan, which will cover the period of 2012-2107, will focus on specific initiatives which are needed to be put our development on a path consistent with low carbon growth.

Dr. Manmohan Singh used the DSDS platform to emphasized that even as the world waits for meaningful agreements on global mitigation action, we in India have committed ourselves to keeping our per capita consumption below the average for an industrial country. This is an important commitment since it ensures that if industrial countries do more themselves to reduce their green house gas emissions, which they should, they automatically ensure that emissions are contained. In fact, the faster the industrial countries reduce their per capita emissions, the quicker will the self imposed constraint require action in India. With this, Dr. Singh noted that concern for ecological sustainability is not a new phenomenon and shared the long cultural tradition of frugality and simple living in harmony with nature inherent to India.

The Prime Minister also reminded the audience that all religions in India imbibe the care for nature. As goes an ancient hymn from the Upanishads: Peace on Earth, peace in space…peace for the trees, peace towards cattle, peace towards goat. He concluded with his belief that charting the new path of sustainable development is not beyond our collective imagination. “Life as we know it on our beautiful planet is at stake”, was the direct message from the PM which ensured the audience the head of the world’s largest democracy and the second largest country is keen on action for sustainability.

Dr. R.K. Pauchari, Director General, TERI also put forward his thoughts during the inaugural function. “Irrespective of which country reduces emissions by what levels, it is well accepted now that reducing emissions of GHGs is associated with a range of significant co-benefits at the local level, including an increase in energy security and reduction in pollution, which would provide major health benefits.” he stated in order to highlight that local initiatives need to essentially target the realization of these co benefits.

Dr. Pachauri also emphasized that action in the right direction will occur only if a range of barriers and impediments are removed through institutional innovations and policy initiatives. The panel on energy aspects, renewable energy, pricing and opportunities and barriers in dealing with Renewable energy mechanism and its implication were also discussed by the renowned dignitaries during the inaugural.

The DSDS 2011 summit will be a three days affair highlighting the key issues in ensuring a sustainable world.

Fri Feb 11 , 2011
24       A two days National Seminar on the topic “Media and The New World Order” was organized on 4 & 5 February 2011 by the University of Delhi in its North campus situated Conference Center.  The seminar was aimed at highlighting the work done by various research and academic institutes […] 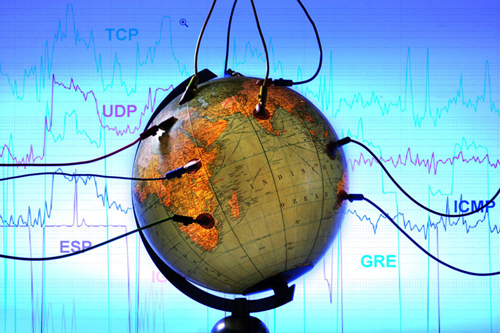