What Makes Her Green

Elections are over and Delhi has chosen to re-elect Ms. Sheila Dikshit and her party. She is very much a Delhi born and brought up women. She is committed to her work and her passions. 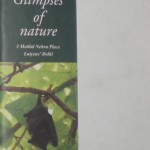 Her passion for bio-diversity conservation and she has ‘200 species to plants, animals, butterflies’ in her gardens. It boasts of several rare and nearly extinct species of trees and hundreds of bats. Her government has funded project to find out why is the population of common sparrows declining. WWF promoted conservation education for government school children.

But what makes her uniquely “Green” is her commitment to providing basic minimum infrastructure services to the Jhuggi Jhompdi (JJ) slums in Delhi along with her being sensitivity, empathetic and compassionate towards the poor who live there.

A few years a go in one JJ slum called “Harijan Basti” in East Delhi, the approach road to the basti was concreted as part of the Basti improvement program. It was a Municipal council election year and the contractor was given the contract to implement the road construction. The catch was the existing tender passed allowed the road to be slightly widened by just a few feet, than the existing Kutcha approach road. The contractor when he came to implement the project with his bull dozer, showed the maps that indicated disruption of a 4 to 6 huts located at the beginning of the road but within the Basti, as a result of the road reconstruction.

This was completely unacceptable to the people. Basti people showed great solidarity. Within the hour, they came together to stop the bull dozer. They took the help of the local NGO to draft the petition against the impact this would cause. The petition was duly signed and a contingent went to meet the then CM, Sheila Dikshit, during her time allocated for meeting the public. Given that it was a petition against the existing municipal councilor who was in the ruling party, the petitioners were very hesitant and waited in the corner shuffling their feet, while the CM attended to other people, when the time was almost over and the contingent was planning to go back, with sunken heart, she asked them to stay behind. Then she personally made the necessary phone calls, within the administration, to ensure that necessary actions were taken whereby the huts were not destroyed in the process of improving the road.

This is what makes her “Green,” her choosing environmental improvement along with being sensitive to the needs of Delhi’s poor.

2 thoughts on “What Makes Her Green”

Views: 4,023
Share this ArticleLike this article? Email it to a friend!
Email sent!