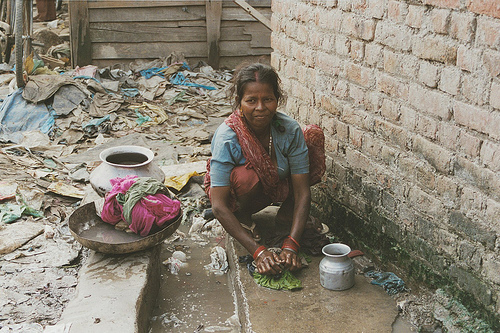 The urban governance projects initiated in the infrastructure sectors in Indian cities like Delhi and Mumbai, over the past ten years are all based on the assumption that slum dwellers have basic unalienable human rights to clean drinking water, sanitation and environmental hygiene, especially in the slum community of the city. These rights are so basic and fundamental that, the elected representative and the government as right protector, is obligated to provide them.

While the investment for capital assets like toilet blocks or stand posts and drainage lines are paid for by donor funding in Delhi NCR region over the decade. There is pressure on the city governments to meet the Operation and Maintenance (O and M) costs, of electricity used for pumping if any and minor repairs of taps and drains, through their own revenues. Alternately, another model proposed for O and M coverage, is through user charges, paid by the slum community that is serviced, over the life of the asset.

One way to over come the resistance by the slum community to paying daily or monthly user charges is develop a sense of ownership by involving them right from the planning stage, though the construction to final usage and making all transactions including the financial ones open and transparent to the community through a participatory demand driven approach, by implementing bodies in this case the Delhi Municipal Corporation (DMC) or relevant Urban Local Bodies (ULB).

This situation reminds me of an old Om Puri’s movie in which he plays the role of a rich but generous donor. His generosity is shown by him standing and feeding sugar to ants. He continues to feed them till they maintain a distance, but later when they start climbing up his feet he squashes them.

But in the urban context, there is a contradiction; all vacant lands in the city belong to the government. Hence by definition slums communities are the illegal occupants of the lands and therefore cannot be recognized as legitimate occupants of the lands worthy of toilets or water supply. So giving them controls over the taps and toilets is like already feeding them sugar. But allowing them to collect revenue generated through user fees that the participatory demand driven approach requires, is like allowing them to come too close and cannot be done.

Ultimately it is all about power and control that the ULB has over land. So they would rather appoint an NGO as intermediary to collect the revenue and share the goodies, than bring the community on board. If it is a conscientious NGO it re invest the surplus to run community centers around the toilet blocks, as in Mumbai but these are exceptions that prove the rule.

3 thoughts on “Sugar for Ants”

Views: 16,549
Share this ArticleLike this article? Email it to a friend!
Email sent!