World Water Day Special: All for Compensating Your Leaks and Misuse of Water in Delhi.. 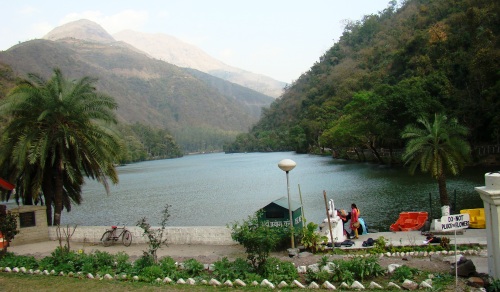 Delhi is the seat of power of the world’s largest democracy. It is also one of the oldest continually inhabited cities in the world. A city of cities, this strategically located conurbation–with the last of the visible Aravalli Ridge on one side and river Yamuna on the other–has been the capital of many an Empires that ruled India and the Indian sub-continent from time to time.

Delhi has also been tackling the impacts of climate change and like all major urban centers in the developing countries, the city is gearing up to meet the sustainability crisis. Delhi is witnessing a large-scale influx of rural population which is the result of both an ever increasing population trend and livelihood failure in rural India owing to floods, droughts and similar weather events which are fundamentally the consequence of a changing climate.

This is putting a great pressure on the natural resources available to the city. The same have been depleting both quantitatively as well as qualitatively at a great pace. One particular resource, water–essential to sustain and maintain life–is most severely impacted owing to this ever increasing population as well as the now unpredicted flow in the Yamuna and other rivers upstream of it. At the same time, policies that are formulated without keeping the sustainability aspect in mind have also been contributing to Delhi’s water crisis. But the most striking feature of this crisis is that there is no crisis at all. Rather, the only crisis that exists is in planning and management.

While some parts of Delhi receive excess water supply than needed, others receive none at all. Then, there are issues of abundant water leakage and rampant water pilferage throughout the city. The water pricing in Delhi is such that its capital cost is never given a thought by anyone, either during flushing it down or even while cleaning their cars. The result: water has now become a sparse resource and the groundwater level in Delhi is at an all time low. What is also striking is the figure (in liters per capita per day) used to calculate the average water demand of the NCT of Delhi. The same is almost three times the national average.

Now, the Master Plan 2021 of Delhi has envisioned that we need more water than the Yamuna naturally brings to the city’s water head at Wazirabad. The same Master Plan document has no significant plans of addressing either the management or planning aspect of the city’s water supply. The solution has been nothing unexpected, bring water from even further away even if it means erecting a dam, submerging farm land as well as parts of a wildlife sanctuary, displacing affected families and the drying of one of the most interesting tourist destinations in Himachal Pradesh. Delhi is now working to increase its already big water footprint in a manner that has earned it the dubious title of being a ‘pampered city’.

Delhi’s present is rooted in its past and the city has not just maintained its political and economic influence over centuries but has enhanced it greatly. Delhi is now using this influence to buy the resource of water from as far away as the state of Himachal Pradesh and has already gone ahead with paying the state to construct a dam for diverting water from river Giri to river Yamuna. But can Delhi afford to pay the environmental cost of such a project and has the country at large (especially the project affected families in Himachal) submitted to Delhi’s demand?

And this, when there is enormous mismanagement in Delhi’s water supply at different stages of the supply cycle and unnecessary (ab)use of water in the city. Not to mention water pilferage and the damage it does to the supply infrastructure. We have always known the problems, we have also always known the solution, which is evident and straightforward. It is now a matter of just getting up and doing it. And this time around, we may not get another chance!

This World Water Day, just make one small promise…to your great grandchildren…that you will save enough for them.

3 thoughts on “World Water Day Special: All for Compensating Your Leaks and Misuse of Water in Delhi..”

Views: 16,144
Share this ArticleLike this article? Email it to a friend!
Email sent!