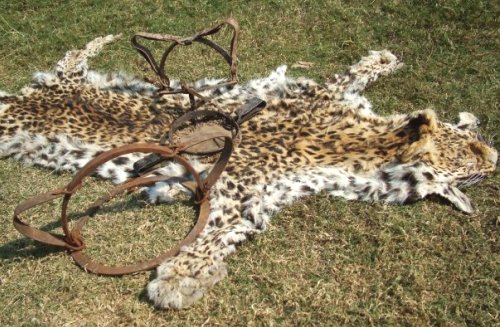 The Chairman of the National Green Tribunal (NGT), Justice Lokeshwar Singh Panta, and the Minister for Environment and Forests, Mr. Jairam Ramesh  announced the Notification of the NGT yesterday. With this, the long endeavour to have a specialised body to determine and adjudicate matters relating to the environment was finally accomplished.

NGT is the first time such a tribunal, exclusively dedicated to environmental issues, has been set up. Established by an Act of Parliament (National Green Tribunal Act of 2010), the NGT will have circuit benches across the country to try all matters related to and arising out of environmental issues.

The Chairperson of the Tribunal, Justice Lokeshwar Singh Panta took charge of his office on October 18th, 2010. He has served as a justice of the Supreme Court of India from February 3rd 2006 to April 22nd 2009 and has had an illustrious record of practice spanning almost four decades, specialising in Constitutional Law, Administrative Law, Civil & Labour Law, Criminal Law and Taxation matters.

The Tribunal will comprise members who are experts in the field of environment and related sciences. NGT has been empowered to issue directions for the compensation and restitution of damage caused from actions of environmental negligence. In doing so, this is the first body of its kind that is required by its parent statute, to apply the polluter pays principle and implement the principles of sustainable development.

The tribunal is based in Delhi with four regional circuit courts that will travel throughout India to hear civil cases. “Anybody and everybody can approach the tribunal to claim civil damages arising out of inadequate implementation of environment laws,” said Ramesh. National Green Tribunal can order polluters to pay penalties of any amount. This ends the previous limit of Rs.  25,000/- which was often a pittance in environment related cases.

India is only the third country to set up a separate judiciary for environmental cases, after Australia and New Zealand. Setting up the NGT will surely help India to ensure sustainable development. The first outcome would surely to the clearing of 5,000 backlogged environmental cases. The NGT is very important also because when it comes to environmental matters, justice delayed is not just justice denied, it is also environment destroyed.

Views: 12,636
Share this ArticleLike this article? Email it to a friend!
Email sent!