Delhi Lay Buried Under the Ruins of Urban Chaotic Planning 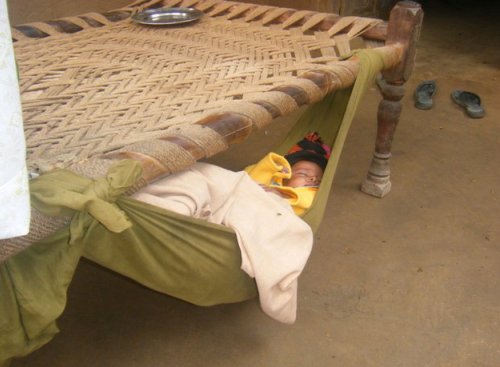 Hanging in air but safer than most others: a child in a village a few hundred kilometers from Delhi

On the night of November 15, 2010, when most people slept, the ‘world class city’ of Delhi woke up to a disturbing slumber of city planning that ‘buried’  the safety of its citizens. The thought of helplessness in bringing back to life those who lost their lives when an illegally constructed building in East Delhi collapsed, should call for nothing less than a change in the way we plan and build our city.

It has been known for long now that Lalita Park in the Laxmi Nagar area, where the building stood, is a hub of illegal constructions. The area is located near the Yamuna riverbed and had greater chances of being weakened by the floods. The Delhi Jal Board (DJB) is found guilty of allowing the construction in the colony without even providing the basic sewerage facilities. Ironically the state government has asked the irrigation department to take steps to lower the water table in the areas around the Yamuna river bed, which can otherwise weaken the foundations of such illegally constructed structures.

At least 72 people have died and 130 injured when the 15-year-old building, where an illegal fifth floor was under construction, collapsed. Over 60 families, mostly labourers from West Bengal and Bihar, were living in the cramped quarters of the 15-year-old building. Delhi has many such illegal areas that provide easy and cheap accommodation to migrant workers and poor people who come to the city in search of work. Most of these workers are forced to wander away from their village to sustain their family and support them during off-harvest season.

Every migrant worker brings their own story of sorrow and plight to the city. In the city, they become part of the urban chaos and are often blamed for polluting and ruining the city’s image. They pay a heavy price in the race of urban development in ways more than one. As much as Delhi needs strict rules to keep a check on corruption, so does the Indian Government to look for sustainable way to address the issues and plight of migrant workers.

Down south in the IT-India, a commendable step has been taken not by the Government but a private company to address such issues. Adding more responsibility to its existing corporate social responsibility (CSR) activities, Information Technology giant Infosys is showing the way ahead by bringing balanced growth and solutions to some of the most disturbing urban problems. The IT Company is setting up BPOs in rural areas of South India.

Betting big on the availability of workforce in the rural areas, the company has opened BPO centres in several south Indian villages. Infosys is aiming to turn what is currently just a CSR initiative, into a viable business targeting fast moving consumer goods companies that are increasingly foraying into the rural areas for generating growth.

At the recent India Economic Summit organised by the World Economic Forum, Raghu Cavale, Vice-President-India Business Infosys said during an interview with DNA , “If you’re not in the rural areas you’re missing out on the majority of the workforce, most of who are in villages. So, if you have BPO centres in the villages, you could capture a latent workforce and also save on the stress created in the urban areas.”

Hope the Indian Government listens and follows the example in creating more employment opportunities for people in rural areas. The problems and solutions are all interlinked, no city or town or village today exists in isolation. We need 360 degree planning that includes all sections of the society and address the issues facing ‘our common environment’. As the rescue workers clear the debris of the collapsed building, may the people in authority also clear up their incompetent acts and widen their perspective on ensuring sustainable development.

Views: 43,211
Share this ArticleLike this article? Email it to a friend!
Email sent!