Lecture on Modernity and Climate Change: The Aesthetics of Immersion 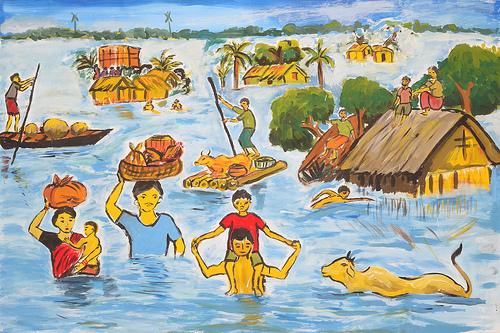 The Indira Gandhi National Centre for the Arts (IGNCA) in collaboration with the School of Arts and Aesthetics, Jawaharlal Nehru University (JNU) invites interested and concerned citizens to a lecture on Modernity and Climate Change: The Aesthetics of Immersion by renowned Art Historian and Cultural Critic Prof. Nicholas Mirzoeff from New York University.

Nicholas Mirzoeff is Professor in the Department of Media, Culture and Communication at NYU. He is the author of many books, articles and catalogue essays, including An Introduction to Visual Culture (2nd ed.2009), Watching Babylon: The War in Iraq and Global Visual Culture (2005) and The Right to look: A Counterhistory of Visuality (forthcoming 2011).

A Lecture on The Crisis of Global Visuality is also being organised on 13 December 2010 in the Auditorium of the School of Arts and Aesthetics, JNU at the same time (4.30 pm).

For further information, write to: aesthete(at)mail.jnu.ac.in

Views: 12,750
Share this ArticleLike this article? Email it to a friend!
Email sent!