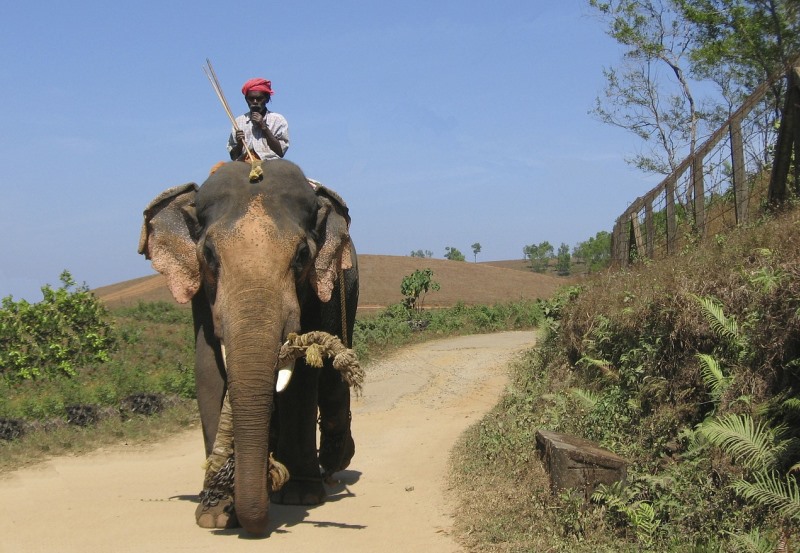 The Ministry of Environment and Forests declared elephant as the National Heritage animal in October 2010. Prior to it, a massive study was conducted by the Elephant Task Force which was set up by the Ministry under the Chairmanship of Dr. Mahesh Rangarajan to address the problems related to the Asian elephant. The report put forth various recommendations on governance and law, estimation, research and monitoring, securing elephant corridors, control of poaching and ivory trade, welfare of captive elephants, human-elephant conflicts, awareness and outreach and taking the global lead on elephant conservation.

Under the law and governance, the task force recommended that ten elephant landscapes should be formally declared at the earliest that included Kaziranga (KarbiAnglong-Intanki) and Kameng (Sonitpur). The last elephant census carried out by Wildlife authorities recorded about 5,500 elephants in the state of Assam itself which is more than half of the total count of elephants in India.

While we pass laws and sign papers to legalized elephant’s status in the country, untold incidents of crime and maltreatment of elephants has been reported in various parts of the country. In September this year, a matured wild elephant aged around 55 years has died after coming in contact with a high voltage power line of 440V in the northeast state of Assam.

The carcass has been recovered at Kukurakata reserve forest under Burapahar (Ghorakhati) range of Kaziranga National Park. It was reported that a big tree fell on the very low-lying high voltage wire passing across the path of elephant, resulting in hanging of live electric wire that finally led to the death of elephant when it came in contact with it.

Again last month in October, a wild elephant calf was brutally killed by villagers armed with sticks, bamboo poles, ropes and iron rods. The baby elephant had ventured out in a paddy field in Morigaon districts Gubah village, Assam.  Sadly it was reported that the incident took place in front of two armed personnel, a forest ranger and a policeman.

It is noteworthy to mention that in 2004 in Assam, four elephants were reportedly poisoned to death by angry villagers after they went on a rampage feasting on paddy fields and crossing into human settlements areas while they also tear few homes down and killed at least two people. Another report has recorded death of around 40 elephants in the year 2001, as they were poisoned by villagers. All these incidents definitely raise the one million dollar question – are we serious about the declaration of elephant as the National Heritage Animal?

Adding more to the existing conflicts and issues of protecting elephants, is the recent hideous act of crime and petty theft of elephants in Assam. Indian police busted an elephant smuggling ring in the state arresting five people and seizing three wild elephants, two of them calves.

Later during a raid, documents were seized which showed that the gang had been engaged in the illegal elephant trade for years, smuggling at least 92 elephants from the state to other parts of India over the past five years. The existing laws banned selling of elephants and even getting permission to move domesticated elephants between states is a lengthy and complicated procedure. It was found that the thriving trade in elephants is being prompted by many wealthy landowners in the states of Bihar and Uttar Pradesh where buying the elephants as status symbols.

While the elephant survival issues engulf the state of Assam, down south in Kerala people are protesting the Elephant Task Force recommendations. Activists of the Kerala State Pooram-Perunnal Festival Coordination Committee took out a protest rally along with of course elephants. The committee has been up in arms ever since the Elephant Task Force, which submitted its recommendations to union Environment and Forests Minister Jairam Ramesh in Delhi Aug 31.

Wildlife crimes in the northeast region are increasing day by day and the region’s rich biodiversity is at high stake like never before. A small act of negligence may very well feed the illegal trade of elephants that entertains other states like Bihar, UP and Kerala. The issue of wildlife conservation and protection is no doubt of major concern and needs to be addressed urgently. With ruling party declaring to mainstream environmentalism in policy making and designing country’s economic growth, elephants can sure have higher hope this time around. Guess they are keeping their fingers crossed!

Views: 643
Share this ArticleLike this article? Email it to a friend!
Email sent!