Welcome 2012: International Year of the Cooperatives and Sustainable Energy for All 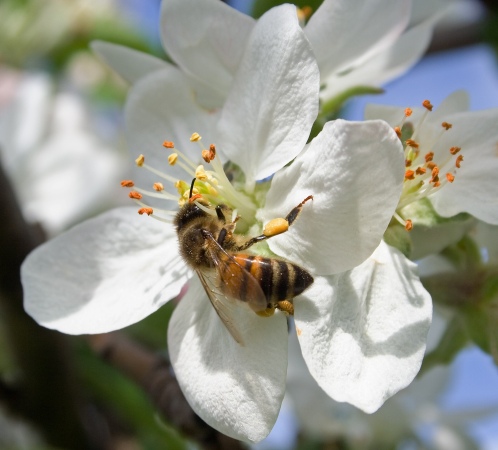 Delhi Greens welcomes all its members, subscribers and readers to a happy and warm New Year! 2012 should necessarily be an year of hope and survival amidst the popular ‘2012 apocalyptic’ belief based upon an interpretation of the Mesoamerican (Mayan) Long Count calendar. 2012 is challenging because the now 100 year ‘young’ “Delhi capital” enters the next phase of its existence as the political nerve center of the world’s largest democracy.  The year 2012 also marks the closing of the first commitment period of the climate change related Kyoto Protocol, which will now enter a second commitment period post 2012.

The year 2012 has been declared as the International year of Cooperatives by the United Nations. Cooperatives are business enterprises owned and controlled by the very members that they serve. Their member-driven nature is one of the most clearly differentiating factors of cooperative enterprises. This fact means that decisions made in cooperatives are balanced by the pursuit of profit, and the needs and interests of members and their communities.

The Government of Delhi, through both its Bhagidari scheme as well as its Cooperative Department has been promoting these very principles of  ‘cooperative’ living in the NCT of Delhi. However, the larger picture that all of us need to see are the “ecosystem services” provided by the different member-species living on Planet Earth. E.g. it is only because the honey bees pollinate the flowers in the field that we get fruits and vegetables to eat. The ‘Cooperative’ nature of nature is something we should learn to appreciate in this year of the Cooperatives and work towards protecting our rich biodiversity.

The year 2012 has also been declared as the International Year of Sustainable Energy for All. The motivation behind this is to attract global attention towards the importance of energy for development and poverty alleviation. The goal is to meet the following three objectives by 2030, 1) ensuring universal access to modern energy services, 2) doubling the rate of improvement in energy efficiency, and 3) doubling the share of renewable energy in the global energy mix. Energy is indeed a per-requisite for development and going by that logic, clean energy is critical for ensuring sustainable development.

Hopefully, the year 2012 will revolutionize the existing solar/clean energy market and, in fulfilling the first objective, take it beyond just solar lanterns and heating devices. The Bureau of Energy Efficiency (BEE) in India has already initiated a nation wide movement to promote energy efficiency among school children, along with working with the industry to do the same. An increase in the share of renewable energy in India’s total energy production will not just be environmentally beneficial, looking at the quality and quantity of our coal, it also seems to be a very good idea!

Interestingly, the eleventh Conference of Parties (COP) to the Convention on Biological Diversity (CBD) will be hosted by Delhi in October this year. This ‘Rio + 20’ CBD Conference will also commemorate the twentieth anniversary of the Earth Summit, held in 1992 in Rio de Janeiro, Brazil. At the same time, Delhi Greens will be prearing for hosting the next in the series of its biennial Delhi Youth Summit on Climate (DYSoC), to be held in 2013 as well! The theme for DYSoC 2013 is ‘Water and Sustainability’. The summit will invite young people from across Delhi NCR and engage them with the pressing environment and biodiversity related issues of the present day. Without doubt, 2012 is going to be an exciting year especially if you are living or planning to move to Delhi!

Top image by Reini68 via Flickr over Creative Commons

3 thoughts on “Welcome 2012: International Year of the Cooperatives and Sustainable Energy for All”

Views: 9,072
Share this ArticleLike this article? Email it to a friend!
Email sent!