The Gods Have Spoken 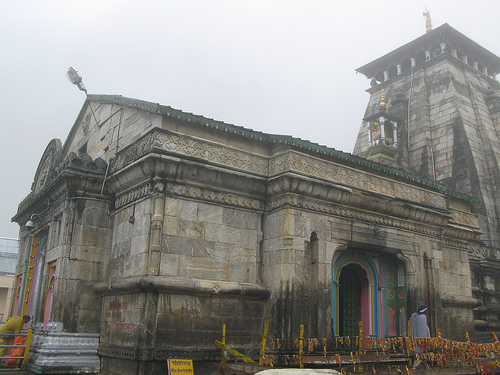 Ever wondered why Gods chose the remote and impassable Himalayas as their abode for us to visit? Why couldn’t ‘they’ have located themselves at the now Metro ride away Kashmere Gate or the then barren, uninhabited and higher Delhi Ridge? Surely that would have saved a lot of energy and resources and would have avoided tragic disasters like the one we are presently witnessing.

Why then did the omnipotent and omniscient Gods chose invincible places like Kedarnath, Badrinath and Hemkunt Sahib as their abodes? The answer lies in the awe-inspiring and mighty Himalayas and the understanding and manifestation of God through this power of Nature.

Religion and culture developed at a time when Nature was seen as a supreme power, not an object to be conquered. The upper Himalayas were inaccessible at least to the common man and the mere thought of visiting it must have required divine support. The upper Himalayas are also the source of the sacred River Ganga as well many other rivers which feed the plains of Northern India. The Himalayas therefore indeed have divine powers as they provide the most useful resource of water to large number of people.

It is no surprise then that majority of the people inhabiting the Indian sub-continent are required to visit the Char Dham and show their gratitude for all that the Himalayas provide. For it is not just the destination that is important but also the journey, which brings any ‘pilgrim’ closer to Nature, acts as a reminder of how fragile life is (and therefore how futile to waste in materialistic desires) and makes her/him realize the importance of nature and natural resources.

However, all that has now changed. It is no longer the journey that is held important which can be understood by the constant honking of cars, all along the route from the plains till the closest motorable roads to the Char Dham. Websites after websites provide detailed road map all the way till Gangotri, the origin of the holiest of holy River Ganga. These roads have themselves been built after blasting the Himalayas and creating space, where there was none, for cars and other vehicles.

The unfortunate hyper enterprising mentality of at least some of the people from the region has been exposed during the ongoing disaster. As for the encroachment on the river’s floodplain, the task which was to be done by the State administration has been done by the rivers themselves. And it is now being discussed how the Kedarnath disaster could be a result of the tampering of the site of Dhari Devi, the protector of the Char Dhams, owing to the construction of a hydroelectric project.

The Gods, it seems, have spoken. And they are demanding much more attention and even greater respect for themselves and their Creations. On more than one occasions, the Gods have shown us their power over us. Nature has fought back and human societies could only sit and watch.

It is only sensible to submit oneself to something which is itself all so submissive and be one with Great one, and not just in words or thoughts but also in our actions. We must re-learn to live harmoniously with Nature, and not design our creations in direct conflict with that of the Creator’s. Looking at the recent disaster, it is not that we have a choice.

One thought on “The Gods Have Spoken”

Views: 24,385
Share this ArticleLike this article? Email it to a friend!
Email sent!