Wildlife Specimen Should Be Surrendered to Government 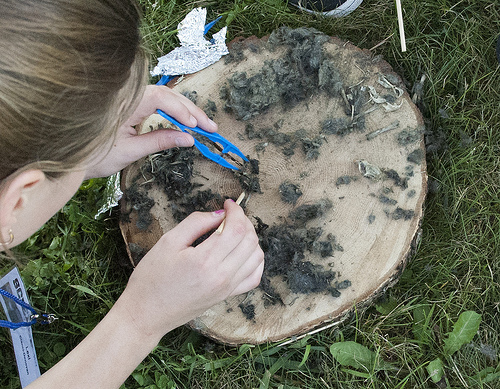 Lets keep nature in the wild!

In an attempt to ensure the protection of endangered wildlife species, the Department of Forests has asked all schools and colleges to surrender the specimens of wild animals and specified plants lying in their biology laboratories to the Chief Wildlife Warden.

The move is anticipated to protect the endangered wildlife species and discourage their exploitation by any means. All wildlife samples and endangered plants lying in the Biology Laboratory of any school or college now needs to be reported to the Forest Department of Delhi Government.

As per the Wild Life Crime Control Bureau advisories (the last one as recent as 02.04.2013), all the educational institutions in the National Capital Territory of Delhi need to immediately comply. All such agencies have been informed that acquiring and storing these samples amounts to an offense under sections 9, 17 A, 17 G and 49 of the Wildlife Protection Act 1972.

Consequently, all Government and private schools/ colleges in Delhi have been directed to declare the list of specimens of the aforementioned organic materials to the office of the Chief Wildlife Warden for record keeping. This is being done so that further acquisition of specimens of these protected species can be checked and ensured.

The schools and colleges have also been informed that they can check the status of specimens of wild animals/ plants lying with them viz-a-viz their photograph from the website of the International Union for the Conservation of Nature & Natural Resources (IUCN).

Also, as an additional step, all educational institutions have been instructed to stop the further use of the specimens and keep them under look and key until intimated by the Office of the Forest Department.

Diksha Kataria is a sincere and dedicated worker and is keen to raise awareness about environmental education and sustainable development.

https://www.instagram.com/delhigreens/feed/
Views: 117,876
Share this ArticleLike this article? Email it to a friend!
Email sent!