Wanted: A Sustainable City for Women 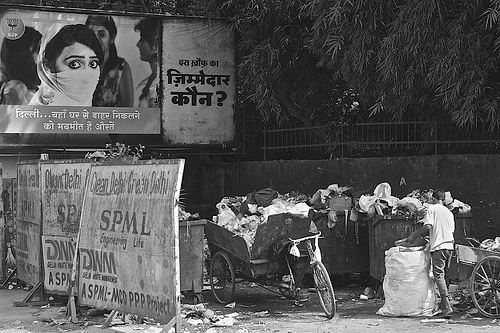 With women’s contribution to world income showing an increase from the 1970s, cities across the world have started redesigning their public spaces to provide equal access to women. In India, however, gender sensitivity is still seen lacking in cities like Delhi, right from the manner in which our urban infrastructure is planned. In Delhi, women and girls still have a lot to worry about when it comes to their personal safety. They are increasingly being the prime target of sexual and domestic violence and other urban crimes.

Whether walking city streets, using public transport, going to school, or selling goods at the market, women face the threat of harassment and violence. This grim reality of everyday life affects women’s mobility and freedom to get an education, to work, and to enjoy her right to a dignified life.Yet despite the  prevalence of injustices against women and girls, their security remains a largely neglected issue, with few mechanisms and  policies in place to address it.

As a result women are becoming socially more vulnerable in urban landscape of the capital. Social vulnerability refers to the means and possibilities which individuals, social groups such as women have, or have not, at their disposal in order to cope with the threats of urban pressures. So a key question for Delhi is then to ask what constitutes problem for women, in particular contexts.

Gender Sensitive Planning
The gender dimension of city planning had long been overlooked.  Delhi needs to improve the design of streets and buildings, training and sensitizing police, and hiring more women police officers. The city’s physical environment must be reworked—for example, through better street lighting, building better alternatives to dark and secluded walkways, or even positioning bus stops in safer areas.  Effective interventions should be informed through consultation and participation from women themselves.

A common response to harassment is to simply keep girls and women at home. One need to realise that keeping women and girls bound to home is not a solution. Residents and community have to come together to build awareness, report crimes, and work with authorities to improve public safety and justice. Local authorities and city planners have a crucial role to address the requirements of women. They must begin to develop mechanisms to address and prevent violence against women, both in public and private spaces.

Some examples
In Canada, extra buses run late into the night for women. The buses stop between shelters at late hours to pick women commuters. It was noted during the December 16 gangrape in Delhi that the victim and her male friend had to board a private bus only after being refused by auto-rickshaw drivers.

In Germany, public spaces are classified according to gender usage. Even metropolises like Seoul, which face shortage of land, have equal facilities for boys and girls in playgrounds. In Vienna, gender audits are carried out to ascertain that jobs are equally divided between men and women so that people from both genders are comfortable accessing public spaces. For example, a woman traffic warden at city roads ensures women feel comfortable walking those stretches. In Toronto, a group installed an open oven at one of the gardens, which was frequented by drug addicts. Now, families and women come in groups, use it and have a community outing.

UN-HABITAT stresses that in order to develop tools and strategies to prevent and mitigate crime against women in urban areas one requires a nuanced understanding of the various angles of gender-based violence occurring on the city level. It has identified approaches and mechanism for developing safe cities for women through the following steps.

Urbanisation and gender are inextricably tied to issues of social justice. Developing a sustainable city is not possible without meeting the needs of women. Their well being is crucial as they are key agents of change at the household and societal levels.

Image by New Delhices over Creative Commons via Flickr

One thought on “Wanted: A Sustainable City for Women”

Views: 6,005
Share this ArticleLike this article? Email it to a friend!
Email sent!