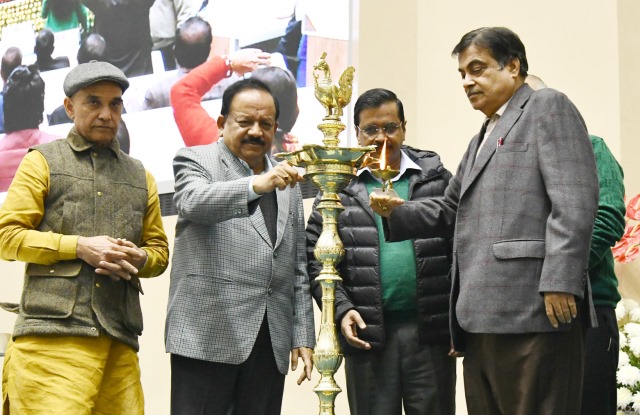 River Yamuna is a tributary of the Holy River Ganga. It is also the river that keeps the city of Delhi alive. Yet, the river flows polluted through a major part of Delhi and we are yet to clean the river and keep it flowing. The Government of India has now launched the Third Phase of the Yamuna Action Plan, an ambitious scheme of actions to clean River Yamuna. The phase three has been launched despite considerable debate around the success of the first two phases.

Foundation stone of nine projects for Yamuna Rejuvenation under Namami Gange Programme was laid on 27 December 2018 by the Water Resource Minister Mr. Nitin Gadkari and Chief Minister of Delhi Mr. Arvind Kejriwal. A total of 11 projects have been taken up by National Mission for Clean Ganga (NMCG) to conserve River Yamuna in Delhi. Most of the projects are for sewerage infrastructure and are located in three drainage zones, Kondli, Rithala and Okhla.

At the inaugural function, the Water Resources Minister Mr. Gadkari said that the mandate of cleaning the tributaries of River Ganga was taken up with the launch of Namami Gange programme. With these projects, sewage water falling into River Yamuna, the most important tributary of Ganga will be stopped. Mentioning the Lakhwar multi-purpose project between six states, Mr. Gadkari shared his opinion that once that project is complete the Aviralta of Yamuna in Delhi will improve. He also informed that trash skimmer is already deployed for River Yamuna in Delhi for surface cleaning.

Work for cleaning Yamuna is also being planned for Haryana (Panipat and Sonepat) and Uttar Pradesh (Mathura-Vrindavan). Sewage treatment plant project with handling capacity of 180 million litres per day (MLD) has also been approved in Agra. The Minister expressed hope that River Ganga will be 70-80% clean by March 2019 and completely free of pollution by March 2020.

Environment Minister Dr. Harsh Vardhan reminded everyone of the situation of River Yamuna. He informed that the 22 km stretch of River Yamuna, between the Okhla and Wazirabad barrage in Delhi is responsible for 80% of pollution in the river. Mr. Arvind Kejriwal expressed his happiness on the launch of initiatives for cleaning River Yamuna. He said that this programme is very important for the federal structure of the country and hoped for continued support from the Ministry.

The current sewage generation for Delhi is about 327 crore litres per day against the existing treatment capacity of 276 crore litres per day. The first phase of Yamuna Action Plan (YAP-I) was taken up for Delhi during 1993-2003 and YAP-II was extended in 2003 to cover Uttar Pradesh and Haryana along with Delhi. The Government of India launched YAP-III with assistance from Japan Japan International Cooperation Assistance (JICA) at an estimated cost of Rs. 1,656 crore. This has got integrated as a component of Namami Gange Mission. Delhi Jal Board is the executing agency for all the projects.

The sewerage projects are being taken up in four packages of Kondli (K1, K2, K3, K4), three packages of Rithala (R1a, R1b, R2) and Okhla zone (O). Of these, 7 projects are at various states of implementation. One project of Okhla zone is under tendering process.

In addition to these, foundation was also laid for one project of nine decentralized STPs (total 2.25 crore litres per day) and water bodies rejuvenation at Chattarpur at a cost of Rs 65.24 crores. These projects are being implemented by Delhi Jal Board in collaboration with JICA. The success of these projects will depend not only on implementation but also on consistent and sincere vigilance from all sections of the civil society, and the citizens.

Views: 9,249
Share this ArticleLike this article? Email it to a friend!
Email sent!