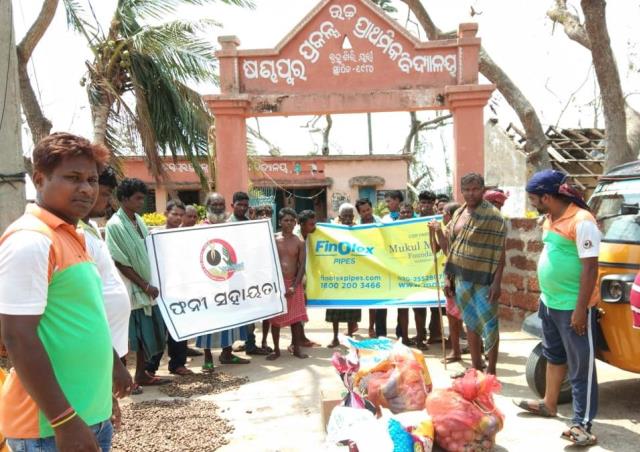 The month of May 2019 began with much concern for the people of Odisha as the tropical cyclone Fani headed towards it. The India Meteorological Department tracked the storm and issued numerous yellow warnings. The Odisha State Government evacuated over 1.2 million residents from vulnerable coastal areas and moved them to higher ground and into cyclone shelters built inland.

Despite such preparations, Cyclone Fani killed more than 70 people in India. There has also been considerable damage to infrastructure and one estimate puts the damages to over INR 12,000 crores. Large-scale efforts are being made to restore and carry out post-disaster rehabilitation. Adding impetus to this, Corporate India has now jumped in and has committed itself for the rehabilitation process.

Under Axis Sahaayata, an initiative by the Bank’s Rural Banking unit offering microfinance in Odisha as Axis Sahyog, it has undertaken disaster relief measures in rural regions for its microfinance clients and all affected citizens. Under Axis Sahaayata, the Bank has committed to spend an additional Rs. 1 crore for relief activities in some of the most severely affected interiors of the State.

Additionally, Axis Bank Foundation has invested over Rs. 9.5 crores through various CSR interventions under its Sustainable Livelihoods program. Axis Bank Foundation has also provided Rs. 25 lakhs to agencies involved in rescue and relief activities. The Bank has launched a special drive to raise funds for supporting Odisha relief from its employees under Axis Cares, its employee contribution program.

In the wake of the disaster, Finolex will be providing 1.000 meals a day and drinking water along with other necessities for the affected families. These activities will be carried out in primarily affected locations in Puri, Khurga and Cuttack –  Banki Muhana Basti, near Mayfair Hotel & Gadi Khana Basti, near Mochi Sahi.

With more and more corporate houses joining in, Odisha should soon be on its feet again.

Views: 2,057
Share this ArticleLike this article? Email it to a friend!
Email sent!