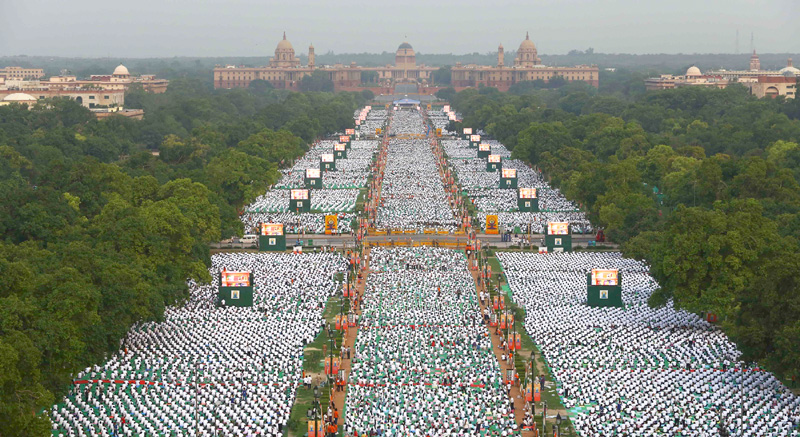 A bird’s eye view of Rajpath on the occasion of International Yoga Day, in New Delhi on June 21, 2015.

After traveling through America, Africa and Europe, the much hyped Olympic Torch is finally in Delhi (India)! While a few last minute announced names will be running with the torch at Rajpath, an alternative, non-confrontational Olympic Torch christened Tibetan-Indian Freedom and Peace Torch will be relayed at Rajghat. While the former has almost similar […]