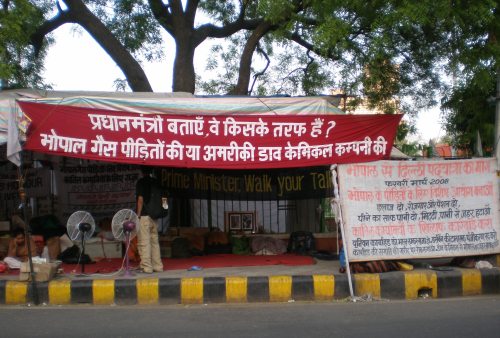 If you were desperate to do something for Bhopal, and didn’t know what to do, here’s something you can do. Join the Rally. Bring your friends and family. Bring your own placard.

The official copy of the report of the Group of Ministers on Bhopal has not been released to the media. But the media has been selectively and confusingly reported on certain parts of the recommendations reportedly given to them by inside sources. These reports make it seem as if:

A senior bureaucrat who was present at the GoM meeting revealed some startling details:

b) The GoM has reportedly committed Rs. 300 crores. This is wholly inadequate for cleanup of more than 10,000 tons of toxic wastes, a contaminated groundwater aquifer. Also, no provision has been made for the medical care and compensation of the 25,000 or more people who have been forced to consume this poisonous groundwater and have developed serious and lifelong illnesses as a result. As for recovery of money from Dow, the Government has indicated it will merely await a verdict from the Court and will do nothing to actively pursue Dow Chemical.

c) While much noise is made about extraditing Anderson, not a word has been mentioned about enforcing the appearance of the other foreign accused — i.e. Union Carbide Corporation USA, and Union Carbide Eastern Hongkong.

d) The Rs. 720 crores given to the State Government will suffer the same fate as the Rs. 530 crores already spent by the MP Government for rehabilitation of Bhopal victims. Till date, not one person has been gainfully employed as a result of MP Government’s economic rehabilitation schemes. Victims are paying through their nose for medical treatment at private clinics because of the horrendous state of the hospitals set up using a big chunk of the Rs. 530 crores.

A Supreme Court Monitoring Committee that looked into medical rehabilitation has severely criticised the medical infrastructure and said that the need of the hour is more doctors, better administration and better quality medicines. Instead of investing in these, the Government of Madhya Pradesh has submitted a proposal in which a bulk of the funds will be used for construction of new wings. Several dozen lakhs of rupees will be used to purchase fictitious equipments like “automatic micro-organism [sic] detection instruments” and non-equipment items such as “identification & sensitivity of micro organism [sic]”.

Called and Organized by:

India's First Lady President to get the First Ever Green Certificate

Wed Jun 23 , 2010
Share on Facebook Tweet it Pin it Share it The 16th June 2010 edition of The Indian Express brought a mixed feeling of pride and perplexity. The news was headlined “Green Rashtrapati Bhawan to get ISO certificate”, and the word ‘green’ struck hard. The city is already proud of being […] 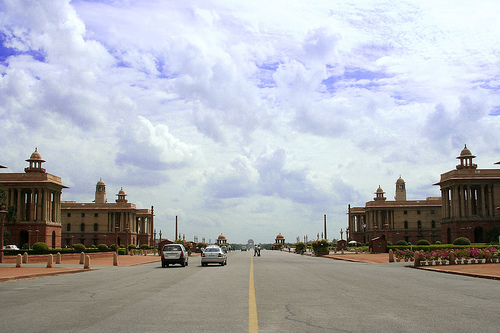