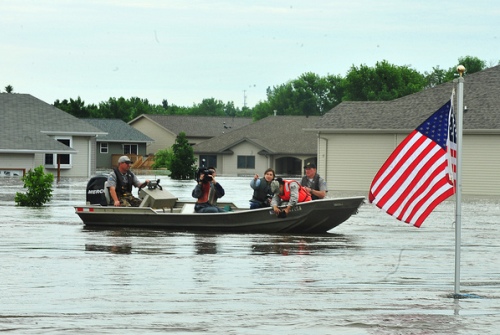 In what may well prove to be a deal-breaker towards more meaningful climate negotiations, the Government of the United States of America has ‘scientifically’ conceded that climate change is happening and happening right now and that every American is affected by it. The Third U.S. National Climate Assessment (NCA) report, which is the most authoritative and comprehensive source of scientific information about regional climate change impacts, confirms that “climate change is not a distant threat — it’s affecting us now.” The report was released yesterday (6th May, 2014) and is followed by an announcement by President Obama of executive actions to reduce carbon pollution, prepare the U.S. for the impacts of climate change and lead international efforts to address global climate change. Most importantly, the Report agrees that carbon pollution is the biggest driver of climate change.

The USA has, in the past, kept away from accepting its role as a significant contributor of greenhouse gas emissions. The USA leads the contingency of developed countries at almost all UN Conferences on climate change which are more disappointing than meaningful. The most recent of these conferences, the Conference of the Parties to the United Nations Framework Convention on Climate Change (COP 19), concluded with developed countries refusing to set a previously agreed quantified interim goal ($100 billion a year by 2020) for ramping up climate finance. Now, with the publication of the Third U.S. NCA Report, the US Administrations is without doubt that the “global climate is changing and this is apparent across the United States in a wide range of observations.” The NCA Report also agrees that the global warming of the past 50 years is primarily due to human activities, predominantly the burning of fossil fuels. Hopefully, the next global climate conference will witness a more cooperative and understanding response from the US, now that the latter is – for lack of a better phrase – in a similar boat as are many other developing countries.

Agencies within the US are also echoing similar findings. Temperatures from 2001 to 2012 were warmer than any previous decade in every region of the United States. Globally, the 10 warmest years on record all occurred since 1998 and the year 2012 is the second most extreme year in US’s recorded history. At the same time, the droughts, wildfires, and floods in the US are occurring more frequently and more intensely than ever before. Perhaps what has got the US Administration more worried is that extreme weather comes at a cost. According to agencies reporting to the White House, climate and weather disasters in 2012 alone cost the American economy more than $100 billion! At the same time, extreme weather also comes with some obvious and not so obvious public health threats as well. The White House warns that children, the elderly and the poor are most vulnerable to a range of climate-related health effects, including those related to heat stress, air pollution, extreme weather events and diseases carried by food, water, and insects.

The Report also highlights how the “U.S. average temperature has increased by 1.3°F to 1.9°F since record keeping began in 1895; most of this increase has occurred since about 1970.” However, climate models as well as ecosystem modeling has not been able to predict or announce this change in an articulate manner. The Report clarifies that this is “Because human-induced warming is superimposed on a naturally varying climate, the temperature rise has not been, and will not be, uniform or smooth across the country or over time” The Third NCA Report has arrived in a ‘better later than never’ style and at at time that developing countries like India are struggling to develop sustainably in a climate constrained world. What it must also do, is make the US learn from the efforts and low carbon lifestyles of developing countries who have learned some of these lessons the hard way.

3 thoughts on “American Government Wakes Up to the Climate Crisis”