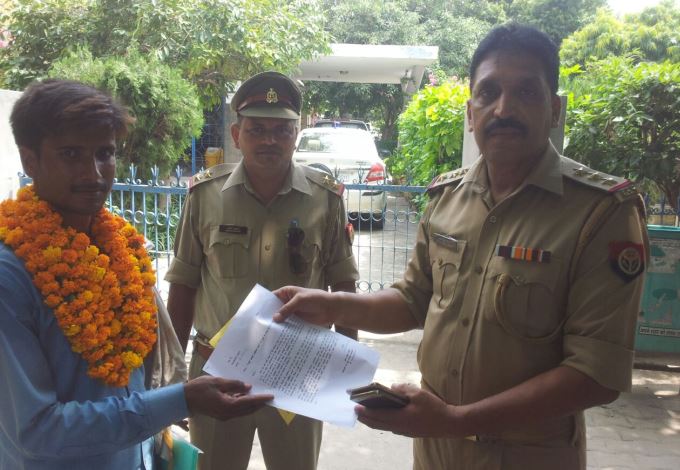 The ongoing Dharti Bachao Cycle Yatra, a one man cycle yatra for raising environmental awareness, moved from NOIDA to Delhi on 17 June 2015. At New Delhi, Mr. Gyan Prakash met with the officials of the Prime Minister’s Office due to the absence of the Prime Minister Shri Narendra Modi.

Mr. Gyan Prakash presented the officials with the petition urging for speedier implementation of policies and programmes for saving Mother Earth. After that he met Mr. Kamlesh Sharma a Senior Section Engineer in Northern Railways, New Delhi.

From here, Mr. Gyan Prakash continued the onward journey till Bulandshahar. He spent the night at a Petrol Pump in Ghaziabad and resumed the Cycle Yatra from early morning. He reached Bulandshahar at 10:30 AM on 18 June 2016. Here, he was welcomed by Advocate Sudhir Yadav and Devendra Gurjer,Members of Corruption Free India Team. Mr Gyan Prakash met with the DM and give him the same petition for speedier implementation of policies for protecting Mother Earth. After that, he met with local media and social and environmental workers.

Mr. Gyan Prakash resumed his journey from Bulandshahar and spent the night at a village temple located between Bulanshahar and Aligrah. He reached Aligrah in the morning of 19th June. Mr. Rajkumar Chauhan, President of Akhil Bhartiya Kshatriya Mahasabha Aligrah welcomed Mr. Gyan Prakash with his team members at Aligarh. Here, Mr. Gyan Prakash met with the DM and presented him the petition and jointly addressed a press conference.

From Aligarh, Mr. Gyan Prakash moved towards Hathras District. He spent the night on a road side Dhaba some 37 km before Hathras. Mr. Gyan Prakash reached Hathras at 12 o’ clock on 20 June and met the DM, followed by meeting with the media. 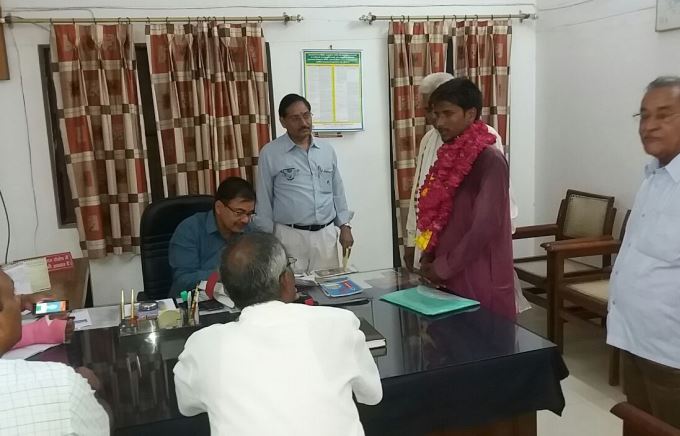 From Mathura, Mr. Gyan Prakash reached Agra on 21 June and spent the night here at a Motor Workshop. On the morning of 22nd June, Mr. Gyan Prakash met with the DM and local activists like Mr. Munna Bhadauriya and his friend. After that he visited the world famous Taj Mahal. He left Agra shortly and reached a Dharmshala 35 km before Firozabad district at 11.00 PM on 23 June, 2016. He spent the night here and left for Firozabad in the morning. Here, he met with the DM and presented him the petition for saving Mother Earth.

He resumed his journey from Firozabad to Etawah and reached Etawah on 24 June at 10.00 AM in the morning. Mr. Anil Tiwari and Mr. Devesh Sharma, district coordinator of IAC, welcomed Mr. Gyan Prakash here and facilitated the meeting with the District Magistrate (DM) of Etawah. A public meeting was also arranged at Vaishnavi Garden near Pakka Talab, Etawah involving local volunteers and social workers. This was followed by addressing a press conference. Mr Gyan Prakash then rested at Mr. Devesh Sharma’s home and left Etawah at 5 o’ clock on 24 June 2016 for Auraiya.