The Dopper Changemaker Challenge recently announced its winners during events hosted simultaneously in London, Amsterdam, Berlin and Kathmandu. Each winner receives a research grant of up to £5,000, as well as industry mentoring and support to develop their concepts.

The Dopper Changemaker Challenge aimed at seeking out the best ideas from around the globe from the next generation of environmental warriors. The Challenge is the brainchild of Dutch social enterprise Dopper and was launched in the Netherlands in 2017. The goal has been to create a movement of changemakers to save our oceans from single-use plastic.

The Changemaker Challenge is one of the Dopper Foundation’s biggest projects, supporting emerging ideas around combating plastic pollution and/or increasing access to clean drinking water. For the first time this year, the Challenge was extended beyond the Netherlands to include the UK, Germany and Kathmandu. Worldwide 442 students signed up for the challenge and were whittled down to 20 semi-finalists in each country, who competed in a Dragon’s Den style pitch in front of an industry-focused jury.

Marcus Rodin of Imperial College won the £5,000 first prize in the UK with his proposal to continue his PhD research into kelp, which has the potential to become a significant renewable, biodegradable material. Dopper founder Merijn Everaarts explained how the jury had selected his project from the 20 shortlisted. “As a potential replacement for harmful Styrofoam (the air-filled polystyrene used in construction, as well as for takeaway cups and meal trays), Marcus’ kelp concept is revolutionary – it could have enormous impact on the way we package goods, particularly in the food industry,” he said.

Runners up were Mia Wreford (Bristol University), who wins £2,500 to develop her proposal around a recycling system for abandoned, lost, or otherwise discarded fishing gear (ALDFG). ALDFG accounts for 10-50% of all plastic pollution in the ocean and 71% of all marine entanglements, the latter having devastating consequences for marine life, ocean resilience, and fisheries.

3rd place (£2,500) went to Sarah Kakadellis (Imperial College, London), whose research project will address the sustainability of conventional and biodegradable plastics in the field of food packaging, taking an innovative systems approach to assess the total environmental impact of packaging types, rather than simply banning plastics altogether. The remaining 7 shortlisted finalists won £500 each to further their research.

The following winners were simultaneously announced in the global Dopper Changemaker Challenge:

• Winner: Roos Kolkman – researching how best to integrate the study of global issues, and plastic pollution in particular, within current educational systems around the world.

• 2nd prize: Hannah van de Kerkhof – researching the leach impact of chemical additives and microplastics into the (marine) environment through plastic litter. Research is conducted with beach plastic collected on the West coast of India (Goa and Mumbai).

• 3rd prize: Annerieke Bouwman – studying the potential role of the seabed as a sink for microplastics in the Mississippi River Delta (MRD).

• Winner: Anisha Maharjan – researching pluvial flooding and creating an action plan to harvest and re-charge rainwater in a water scarcity area like Kathmandu. Anisha is a real changemaker because she connects academic perspectives with policy, advocacy, local community engagement and an action plan.

• Joint 2nd and 3rd prizes: Amrita Sigdel, Aashraf Pradhananga, Gaurab Dhungana and Sandesh Rajbhandari – researching biodegradable alternatives to plastic. Amrita focusses on an alternative plastic made out of starch, while team Aashraf is focusing on a material made out of nano-cellulose.

UltraTech Cement to Source 25% of Its Energy from Renewables

Fri Jun 21 , 2019
UltraTech Cement Limited is aiming to increase contribution of green energy to 25% of its total power consumption by 2021. 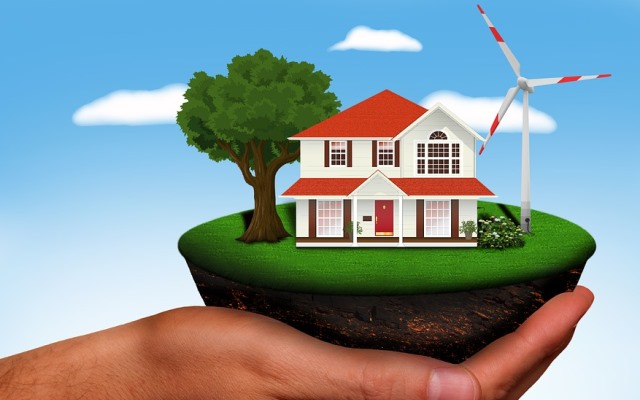