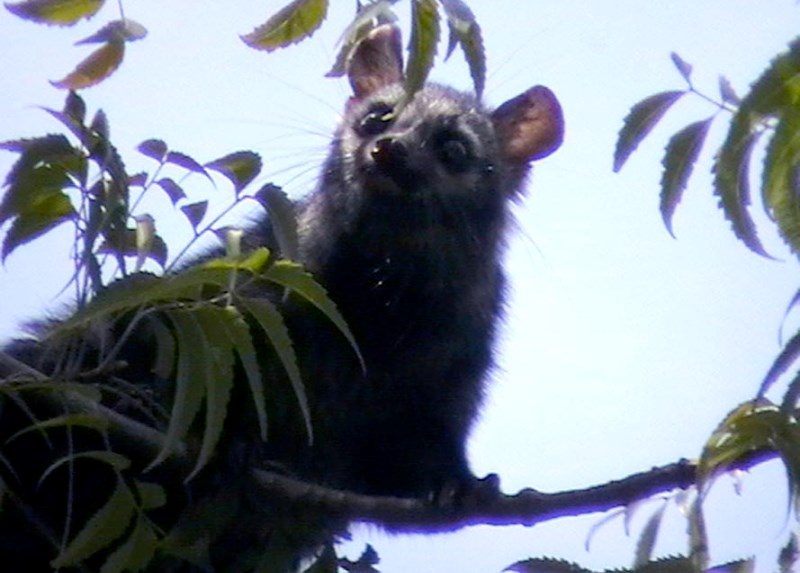 For all the Delhiites who havn’t really seen any real ‘wildlife’ in the city, you’ve got to check this out. Dr. Surya Prakash of JNU spotted a COMMON PALM CIVET (Paradoxurus hermaphroditus  Schreber 1778 ) near JNU’s SBI ATM!

He was also able to capture the animal on camera as under:

The Common Palm Civet is a rare animal which is listed in Schedule II part II of the Indian Wildlife (Protection) Act, 1972. It is a nocturnal and omnivorous animal that prefers to feed on fruits.

Dr. Surya Prakash can be contacted at the following email address: surya@mail.jnu.ac.in

https://delhigreens.com
Article(s) written by a member of the DG Blog Magazine's dedicated team of writers, contributors and researchers.

Work on Biodiversity Park in the Ridge Stayed

Fri Mar 30 , 2007
15      According to Delhi Newsline, the Delhi High Court on March 21 stayed construction on the biodiversity park in Vasant Kunj based on a PIL stating that the area was part of the Ridge and was to be preserved in its “pristine glory”. The High Court also issued notices to the […]