Even though the pride of Delhi – the elevated Metro tracks seem to find no takers. Earlier it was the Metro next to the Qutab Minar, now it is the elevated Metro line coming up in the residential areas of South Delhi that is being opposed. 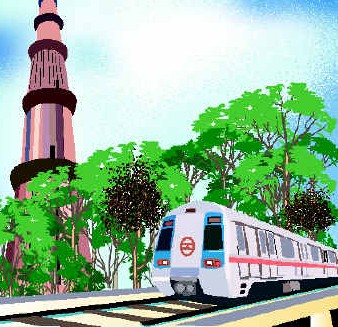 While the Qutab line (that would take Metro to Gurgaon) was taken about half-a-kilometer away from the monument, the residents of South Delhi want the Metro to stay underground even after the railway line at Defence Colony from where it is slated to move out.

Residents fear that the elevated track will commercialize the area, eat into the green cover and make the area unsuitable for residential purpose.

People objecting to the Delhi Metro’s elevated corridor in South Delhi have asked the Delhi Government as to why can’t the Metro remain underground, as it would from Central Secretariat till Defence Colony while passing through the VIP areas and the Lutyen’s Zone.

A meeting was held at the Delhi Secretariat yesterday (May 25th, 2007) discussing the feasibility of keeping the Metro underground.

5 thoughts on “The Delhi Metro Debate”

Views: 11,359
Share this ArticleLike this article? Email it to a friend!
Email sent!