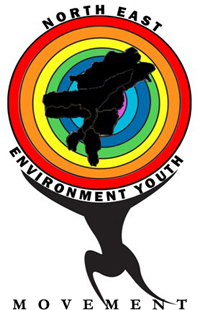 Environmental degradation; habitat destruction; pollution; water scarcity; biodiversity loss; depleting forest cover; dam construction and its social implications; social unrest – are few of the issues demanding immediate attention in the North Eastern (seven sisters +1) states of India. Now, with the threat of climate change looming large, the only option is to come together for sustainable development of the region, before time runs out and moshttps://delhigreens.com/wp-admin/post.php?action=edit&post=2283t, if not, all is lost.

The degradation of North East India’s environment and ad hoc “developmental” activities taking place in the region will impact the future generations much more severely than it is impacting the present generation. The future of the youth in the North East is at stake and only a path of Sustainable Development can save the region from imminent destruction. But taking this path is a decision that needs to be made. And clearly, the policy makers in the eight North Eastern states (and at the Center) have not been able to take this call so far.

With this backdrop, the North East Environmental Youth Movement (NEEYM) is being setup in the National Capital Region of Delhi to bring together and raise awareness among the youth from North East India and set up a nation wide movement with a similar objective.

Supported by Delhi Greens, NEEYM is participating in the Global Day of (Climate) Action on the 12th of December, 2009 and would be organising events across Imphal, the capital city of Manipur. As part of the Global Day of Action, NEEYM has called for a CITIZEN’s UNITE inviting people from all walks of life to come together in the streets of Imphal. The Plan of Action so far is to make a big mural on environment theme at the front of Nupi Lal Statue and a rally by rickshaw pullers holding a long stretch banner from Thangal Bazar to Bapupara.

Join NEEYM in safeguarding the future of India’s North East…!

For further information and to participate, volunteer – please contact:

Views: 7,919
Share this ArticleLike this article? Email it to a friend!
Email sent!