Problems of Today…and a Hope for a Green Future 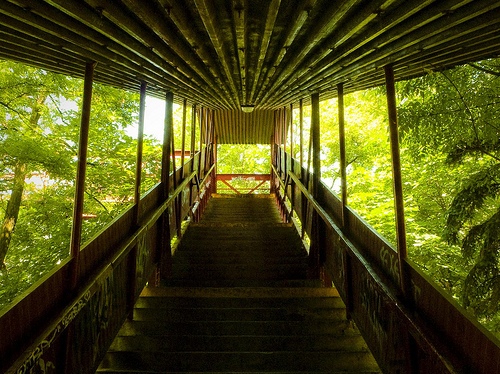 In the solutions of today are problems of tomorrow. Take for example the environmental problems of today, before the mid 70’s no one really talked about them. Industrialization and mass production of goods and services was not seen as a problem but a solution to ‘human wants’, a desirable outcome. It was the seminal article of Rachel Carson that the environmental issues of industrial pollution began to be seen as an ‘problem’.

But wait a minute. It is not that simplistic. We do go closer to restoring the natural cycle we have disrupted by our intervention over time as we realize it. As, after the problems came clean technology, reduce, reuse, recycle, and more and more efficient production of goods.

In the 80’s, there were talks of deforestation and fast growing Eucalyptus trees were promoted along with Australian Acasia and Subabul as an intermediate step so that local indigenous trees like Peepal, Banyan and Neem etc.–that live longer but are slow growing–can replace them in the end.

In 2000, there were talks of bio diesel and now in 2010, every one is talking of bio diesel and Jatropha as a wonder shrub that grows in semi-arid areas and produces oil while USA is talking of using its surplus corn to produce green diesel. Yes this could be the first cut the fast growing easy to access less resource consuming seed for bio diesel. But then there are slow growing indigenous trees that would be long lasting for producing the same bio diesel.

I am not a natural scientist but just common sense understanding tells me this is possible. How about exploring indigenous sees like castor oil plants or Pongum or Glumohur or Laburnum or Flame of the Forest. They have large pods, they have seeds and I know for sure Pongum seed oil is used for lighting in tribal homes. The others may need better technology to extract oil.

But if you can extract edible oil out of rice husk, surely we can do it out of seeds of all these trees and the collection would provide employment and there would be vested interest in protecting these trees as they give money once a year. Does anyone know about these kind of initiatives? I would appreciate if you could share it.

Views: 6,350
Share this ArticleLike this article? Email it to a friend!
Email sent!