If Looks Could Kill: Beauty, Brand or Us? 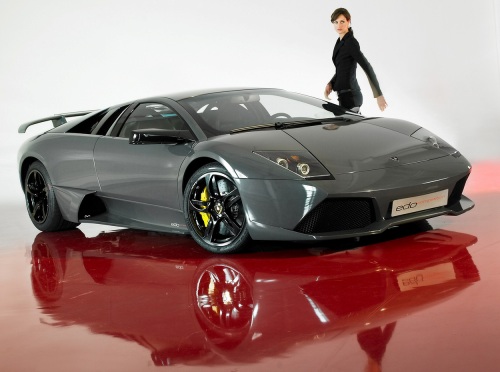 Gucci heels, Dior sunglasses tucked on her head, an attractive lady gets off her newly bought black and shiny Bentley Continental GT and moves on to buy organic vegetables from the farmer’s market. Her next stop is the stationary store to buy recycled wallpaper as she shows her concern towards the environment.

All this done, she remains oblivious to the fact that the luxurious car she has just bought is not only one of the top 10 most polluting cars according to the Environmental Transport Association (ETA) but is also completely defeating the purpose of her buying the eco-friendly materials. It is often assumed that brands offer the best quality. While this might be true to a certain extent, there are always dark sides to them, one of them being their environmental impact.

Technology has reached everyone; people are buying phones, grinders, cars et al!! Everyone is buying, buying and buying. But not many know or consider the environmental impact of such products. At the same time, although there are greener alternatives to the current products, most people remain ignorant to this information. The Lamborghini Murcielago has been named 2010’s most polluting car, being five times worse than the greenest – the Toyota iQ. This supercar emits as much CO2 per year as would felling a football pitch-sized forest of trees and also produces five times the carbon per kilometre than the greenest car of the year, the Toyota iQ according to the ETA.

Andrew Davis, Director of the ETA warned that, “With the price of petrol at record levels and greater understanding about the threat to the environment there has never been a more important time to make fuel efficiency a deciding factor when choosing a car.” According to the ETA, 2010’s top 10 most polluting cars are:

With Delhi’s air Pollution Levels on a high and having the world’s worst air pollution according to a new ranking by ECA International, the introductions of such super-cars could be disastrous as they will only add to the nuisance. Thankfully, there are hardly any on the roads and we do have an increasing choice of environmentally-sound cars like the Toyota Prius, Honda Civic Hybrid, Reva electric, Chevrolet e-spark, Chevrolet Aveo CNG, Hyundai Santro LPG and more.

With the ever increasing entrance of international brands to Delhi, let’s hope that we, the people, make the right decision with smart and eco-friendly purchases. After all, it’s us who are responsible for saving the best for the future to come.

2 thoughts on “If Looks Could Kill: Beauty, Brand or Us?”

Views: 11,430
Share this ArticleLike this article? Email it to a friend!
Email sent!