The Inter-governmental Panel on Climate Change (IPCC) is an interdisciplinary and intergovernmental body comprising 194 participating countries which mobilizes scientific experts from around the world to carry out assessments of global climate science based on available relevant literature. Along with the climate crusader Al Gore, the IPCC was the joint winner of the 2007 Nobel Peace Prize. The IPCC came under the line of fire last year after mistakes were reported in its assessment report on the scale and impacts of global warming – a claim that at current pace of emissions the Himalayan glaciers would melt by 2035. This piece of information was picked by a report published by the popular charity World Wide Fund for Nature (WWF) and were mere remarks that were never published in any peer-review journal.

The scientific community then lashed out at the IPCC for including information that was not authoritative and for misleading the general public. The IPCC Chairman Dr. R.K. Pachauri admitted the mistake and stated that this piece of erroneous information remained buried in the  1,000 page report and did not get used in the much-shorter summary which was written for use by policy-makers. He also emphasized on the work of charities like WWF though agreed that such work should be closely examined to make sure it was robust. Talking on the urgency of the situation he was quoted alerting, “We have been less than adequate in informing the public that, yes, there was an error but that does not take away anything from the fact the glaciers are melting at a very rapid rate.” 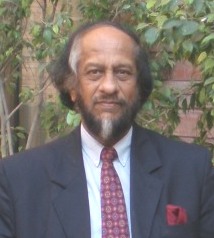 Shortly after that, there were a series of allegations made on Dr. Pachauri himself, especially by a leading British newspaper The Daily Telegraph. Reported conflicts of interest, that he abused his position for financial gains mounting to millions of dollars and other allegations that even questioning his expertise in heading the IPCC were made and were much hyped by the international media. This was also the best of times for climate skeptics who had highlighted and exploited the two errors in the IPCC report to get across their point. Climate Science came under a serious threat as well. Until now. Independent review into the finances of The Energy & Resources Institute (TERI), the NGO led by Dr. Pachauri back home in India found no evidence that indicated personal fiduciary benefits accruing to Dr. Pachauri from his various advisory roles in IPCC or beyond. Following this, the Daily Telegraph wrote:

“On 20 December 2009, we published an article about Dr. Pachauri and his business interests. It was not intended to suggest that Dr Pachauri was corrupt or abusing his position as head of the IPCC and we accept KPMG found Dr. Pachauri had not made “millions of dollars” in recent years. We apologise to Dr. Pachauri for any embarrassment caused.”

At the same time, the InterAcademy Council (IAC), the respected umbrella group for various national academies of science from countries around the world had been working to carry out an independent review of the processes and procedures of the IPCC. Dr. Pachauri and UN Secretary General Ban Ki-moon had jointly requested the IAC review in March 2010. The nearly four-month review examined every aspect of how the IPCC’s periodic climate science assessments are prepared, including the use of non-peer reviewed literature and the reflection of diverse viewpoints. The review also examined institutional aspects, including management functions as well as the panel’s procedures for communicating its findings to the public.

Six other independent reviews have looked at various aspects of climate science this year. Of those that examined the quality of the science itself, all of them found that the IPCC’s work had been carried out appropriately.  “By overwhelming consensus, the scientific community agrees that climate change is real. Greenhouse gases have increased markedly as a result of human activities and now far exceed pre-industrial values,” Dr. Pachauri informed. National governments from 194 countries, which form the IPCC, will carefully review the recommendations from the IAC and determine what action to take.

Views: 8,633
Share this ArticleLike this article? Email it to a friend!
Email sent!