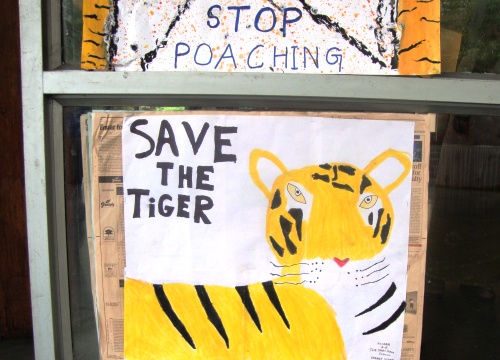 ..and stop the corruption, and incompetence and what not. The last of the ‘Shera’ is at stake. It is no longer difficult to understand why big projects like the ones meant to save the tiger don’t really work effectively. 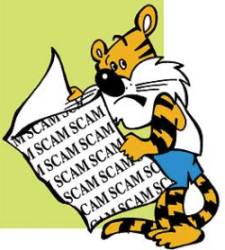 I am shocked by the collapse of a foot over bridge just about a week before the Commonwealth Games. I am angry at all those who are responsible for the construction of the games infrastructure including this specific foot over bridge. What angers me even more is the explanation that ‘it was a loose screw that caused it’. I am resentful of all those people who are associated with the Games infrastructure, those who ‘made’ the money and those who ‘gave’ the money to cut corners in the quality of construction. I am resentful of all those who were not able to complete the approach roads and bridges that lead to the Commonwealth Games facility. I feel the pain. Something in me that makes me an Indian is hurting. I am grieving over the incidence. Perhaps only time will heal this shock.

Media is not helping either. It is highlighting the not so clean bathrooms and toilets in the Games Village, Complains by the athletes and their coaches about health and hygiene standards which are not being met, terrorist attacks in the capital, etc. just before the Games. The experience of me and others like me living in the city is that we have no stakes in the Games. We are at best neutral observers and at worst unwanted burden for the organizers of the Commonwealth Games. They are distinct from us and not interested in our contribution or involvement. We do not count. All that matters is the Government and its resources used for making the Games happen.

What is missing is pride and confidence in ourselves as Indians, capable of taking on the Games. I do not feel that me as an Indian can pull it off. That we as Indians are capable of organizing such a major global event efficiently. What is pointed out as not working are unclean toilets and soiled rooms which take not more than a few hours to clean up. Yes! It is possible that the over-bridge that has collapsed may have been due to a minor mismanagement, like not having a properly fitted screw.

The possibility of adventure and commitment inspires all of us when we go abroad. We are perfectly able to go out there to Middle Eastern, South East Asian, European, African and American cities and manage large projects very effectively. We are inspired with the spirit being Indians, when we are abroad. That is exactly what is needed right now from us as residents of the city. Now is the time for all good people to come to the aid of the party, getting involved and become proud citizens of India and residents of Delhi.

The impact of being proud of the Games would be that each one of us will contribute in the way we can in welcoming our guests, those few who choose to come. Each one of us will contribute in holding people responsible and accountable for the delivery of their service in the hosting of these Games. It is time each one of us cooperates with the Delhi Government for smooth running of the Games and each of us commits to making the Games a success. And keeps the involvement till long after the Games, not just for ensuring the wrong doers are taken to task, but also for a more responsive and responsible citizenship.

Views: 55,933
Share this ArticleLike this article? Email it to a friend!
Email sent!