Interview with V.K. Jain of Tapas NGO on Banning of Polythene Bags in Delhi 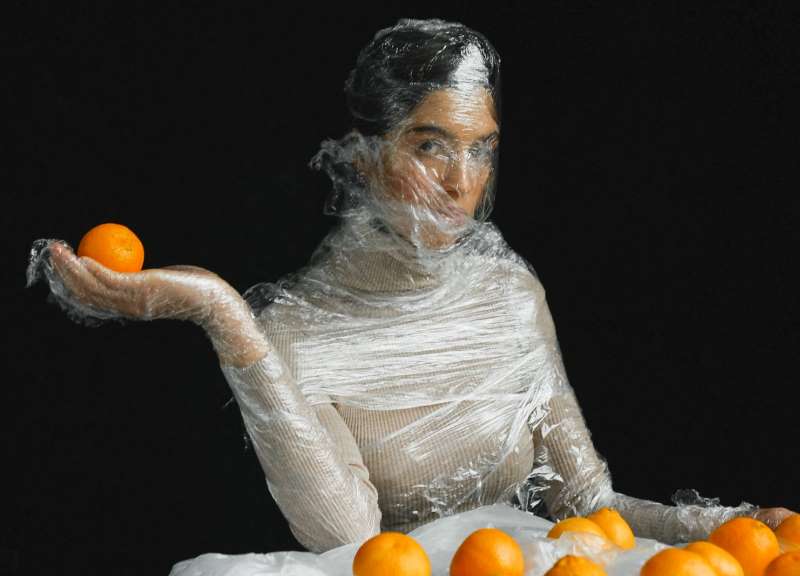 The non-biodegradable polythene bag was banned in Delhi in January 2009. While a blanket ban on plastic was never going to be easy, biodegradable carry bag alternatives that emerged after the ban helped bring about a green change in the city.

A PIL filed by Tapas NGO in the Delhi High Court was instrumental in the banning of the plastic bag. Jincy Joy at Delhi Greens speaks to Mr. V.K. Jain, Founder of Tapas NGO on the journey from filing the PIL to ensuring the implementation of the ban.

Jiny Joy: A warm greetings from Delhi Greens and thank you for the opportunity to interact with you on the initiatives you have been taking to protect the environment through both legal and awareness generation means.

Jincy Joy: Since when have you been working on environment issues? How has the journey been?

V. K. Jain: I have been working on environmental issues for almost sixteen years now and the journey has been both challenging and motivating.

Jincy Joy: There are personal and professional experiences which motivate an individual to take up an issue. What motivated you to take up ‘indiscriminate use of polythene’ as an environmental issue and ensuring a ban on its use in Delhi?

Jincy Joy: Were you confused about the implementation of the ‘plastic ban’ in a diverse city like Delhi?

V. K. Jain: I have been empowered a lot by how other countries are maintaining their cities. I myself have been to countries that have managed to keep their cities clean. We are a developing nation and most of us have a good education background. In the light of that, my question to everyone is that why do we have to deal with so much of unnecessary waste. We deserve to have a clean and healthy city and with some efforts we can get it for ourselves!

Jincy Joy: When did you start working on the plastic ban? Were there any hindrances that you faced?

V. K. Jain: Yes of course, the entire plastic lobby came together as an initial hindrance. As a result,  I had to explain the technical aspects of the plastic ban to them. Later too, there were problems and I had to deal with all the associated challenges.

Jincy Joy: What activities did you take up to sensitize the people of Delhi regarding the ban?

V. K. Jain: To sensitize the citizens, around 20,000 posters were put across Delhi. Media has been very supportive and kept updating and writing on the progress of the ban. Also, a protest against plastic was organised at Jantar Mantar to invite people’s participation and generate even more awareness. The protest was very well supported by the citizens.

Jincy Joy: How was the response of the citizens towards the ban in particular?

V. K. Jain: The support has been just very good. People have appreciated the initiative a lot. There have been many people who not only appreciate the initiative but also come and tell me that it was difficult for them to lead and stand up for this issue, but now that I have initiated, they find it much easier to support and take it forward.

Jincy Joy: What is the role being played by Government agencies at present and how satisfied are you with that?

V. K. Jain: As far as the the municipal corporation is concerned, I am very dissatisfied as not even a single person to my knowledge has been fined by them. The Delhi Pollution Control Committee did respond positively and has taken proactive steps. I have written to the Deputy Commissioner for proper implementation of the ban but at the end of the day everything boiled down to one crucial fact. And that fact is that it is the people who will have to implement the change, government officials can only at best keep a check. After realizing this, I focused my attention on raising awareness on the ban in schools and colleges by conducting seminars and awareness camps. I have been working to instill in the young minds the responsibility they owe to environment since then.

Jincy Joy: How has the support from the youth been so far?

V. K. Jain: Simply remarkable! They are energetic and highly motivated when issues are communicated to them in an effective manner. They not only support the cause but also pass on the message to their parents, family and friends.

Jincy Joy: After the ban on polythene was implemented, have you ever been offered a plastic bag by a shopkeeper? How did you deal with it?

V. K. Jain: Of course, this has happened to me several times mainly while interacting with street vendors and local shopkeepers. The larger shopping complexes and malls have all completely shifted to paper or jute bags. I usually take extra time to explain to those shopkeepers the harm being brought about to the environment by their use of polythene bags. Also, I ask them to motivate their customers to carry their own bags when they come to them for shopping.

Jincy Joy: Since you have worked using both generating awareness and pushing for a legal ban? Which out of these two do you think is more effective involving people for protecting the environment?

V. K. Jain: If we consider Delhi on a whole, it consists of mixed group of population. There are people from different income groups who have a different standard of living. It is difficult to generate awareness among such a diversity of population which also comprises migrants, labourers and illiterate people who may not be able to understand the issue at hand. In such a scenario, banning can only be a possible solution, so a check can be kept. Moreover it becomes mandatory for citizens to follow the ban.

Jincy Joy: Would you like to give our readers a message?

V. K. Jain: Yes, surely! Dear Delhiites, Delhi is your own city. People from outside will not come and take its care. Since we are the creators of garbage, we must manage it as well. We should not leave everything to the government or municipal agencies; each one of us should come forward, take the lead and act responsibly!

One thought on “Interview with V.K. Jain of Tapas NGO on Banning of Polythene Bags in Delhi”

Views: 15,409
Share this ArticleLike this article? Email it to a friend!
Email sent!