Delhi No Longer Breathes in Free Air This Independence Day 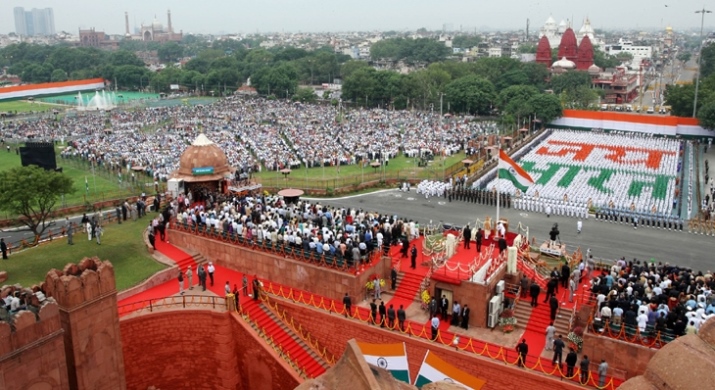 15th August marks the date when the struggle and supreme sacrifice of thousands of Indians led to the attainment of India’s independence. Some like the Father of the Nation Mahatma Gandhi took to Satyagraha and non-violence while others like Shaheed-e-Azam Bhagat Singh and Netaji Subash Chandra Bose did not think twice before laying down their lives while protecting the pride and glory of Mother India. Delhi Greens salutes these brave sons of the soil who freed India from oppressing forces and taught us the valuable lesson of always keeping India first.

Sixty eight years after India attained her independence, a new kind of oppression is now taking over the country. The worst hit by this oppression is the National Capital Territory (NCT) of Delhi. The citizens of Delhi can no longer breathe in free and clean air. What they are breathing is air full of toxic chemicals. Delhi has earned the dubious ranking of being the most polluted city on the Planet. And such is the extent of this oppression that this toxic air in Delhi is believed to be killing a few people every day. Citizens in Delhi are now forced to pay for clean air by installing air purifiers in their houses which is coming at a huge cost, a tax levied by this new oppression.

And even though it has been more than an year that the World Health Organization declared Delhi to be the most polluted city in the world, the Government of India is still only planning to launch a massive campaign soon to control air pollution in Delhi. This despite the fact that nearly half of Delhi’s children have been found to suffer from severe lung problems due to air pollution. Interestingly, the scientific report which brought out these findings had remained buried with the Government of India for quite some time before it has been brought out.

Clearly then, inaction on air pollution in Delhi is proving fatal and must have already killed and harmed hundreds of children and citizens through lung infections and related diseases. The crisis is so real that embassies of developed countries are already thinking of reducing the number of staff posted in New Delhi. And it was believed that the US President Barack Obama may have reduced his life by 6 hours due to visiting New Delhi and breathing highly polluted air in India’s capital city. If that is what could happen to the US President for staying in Delhi for just a few days, it is not difficult to imagine the huge threat to the life and health of the citizens of Delhi who are breathing this air every single day of their lives.

A question that comes to mind is the reason for this high air pollution being witnessed in Delhi. Indeed this is a question that every thinking Delhiite, who is concerned about her/his health and the health of her/his children is asking. The first culprits that come to mind are the smoke emitting factories and industries which are an as unfortunate a sight as the damage they cause to the environment. However, the more polluting industries have already been relocated from Delhi starting July, 1996 through order from the High Court. What else could be polluting the air in Delhi to such an extent that the city is now Number 1 in air pollution?

The answer is not far from each one of us. Delhi has more than 88 lakh vehicles plying on its roads everyday. The number is almost equal to the total number of cars in the the other three metropolitan cities (Mumbai, Chennai and Kolkata) of India. There are also a large number of trucks and similar vehicles which ply on the road in Delhi while crossing over from one neighbouring state to the other or which arrive from a neighbouring state to deliver goods such as fruits and vegetables. Most of these vehicles use petrol and diesel as fuel thereby making the large number of vehicles in Delhi the principal contributor of air pollution in Delhi.

The Government and the National Green Tribunal (NGT) have fortunately taken note of this and have banned diesel vehicles older than 10 years to ply in Delhi. Despite urgent need of such measures, a section of the transport sector has already started protesting this ban on more than 10 years old diesel vehicles. The NGT is also working to ensure that the Delhi Government upgrade its Pollution Under Control (PUC) system and tax those who are purchasing more than one car for their family. The increase in the number of cars it seems, is a result of the decrease in the number of buses in the city. The Delhi Metro has thus not really proved to be a game changer in controlling the increasing number of cars in Delhi.

It is no wonder then that the Delhi Government has now planned to retrofit the surface transport system by allocating budget to put 10,000 buses in Delhi. This certainly seems a step in the right direction and was perhaps the option Delhi should have initially chosen, before digging the city to make way for the Delhi Metro. The Government however needs to do some good research on the routes these new buses should ply on to maximize social and environmental benefits of this plan. Such a research is at present wanting.

The Delhi Government has also realized that the Bus Rapid Transit (BRT) was not such a bad idea after all. And that it was not the BRT but its implementation that had failed miserably. This is something that Delhi Greens has already been saying since the first protests against the BRT had begun in 2011-12. The Delhi Government now needs to learn from the failures of implementation of the BRT system and give Delhi a rapid surface transport system that the city deserves. After all, if the city of Ahmedabad (Gujarat) can have a fully functional and successful BRT, why must Delhi be left behind?

Most importantly, the task of cleaning Delhi’s air and keeping it clean rests with the citizens of Delhi. Without public pressure for putting the right policies in place, and the participation of the public in these policies and plans, no initiative in Delhi can be a success. Remember, each one of us needs to breathe and breathing unhealthy air is already killing and maiming many of us and our children. There is no time for meetings and there is no time to take political sides. We must understand what is right for Delhi and its environment and push for it at every level of governance.

Views: 8,609
Share this ArticleLike this article? Email it to a friend!
Email sent!