Top Ten Reasons Why You Must Celebrate Earth Day 2016 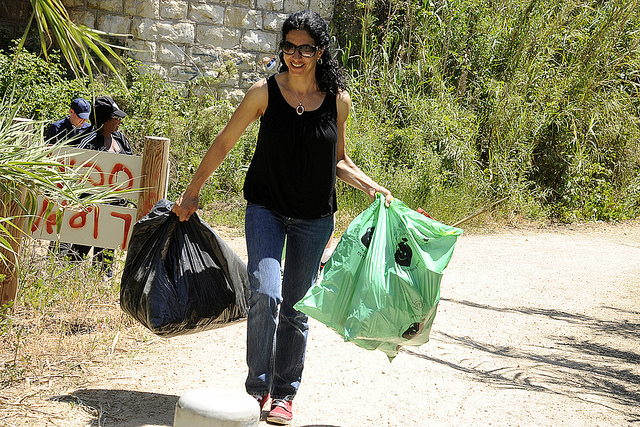 Most of us can begin listing dates of festivals and public holidays as soon as we’re asked. Why? – Because we simply love having a day off from work, love gorging on sweets, and love celebrations. But, lost in infatuation with festivals, we often forget to celebrate a day which probably holds the most significance in our lives, and the future of our planet – The Earth Day.

The idea for a day to focus on the environment came to its founder G. Nelson, then a U.S. Senator, who was inspired by the 1970 student anti-war movement. He realized that if he could infuse that energy with an emerging public consciousness about air and water pollution, it would force environmental protection onto the political agenda.

The idea clicked, it garnered national and international support over the years and on 22nd April 1990, the Earth Day went global, mobilizing 200 million people in 141 countries and lifting environmental issues onto the world stage.

But, it is important to remember that Earth Day is not only about the big picture stuff, it is also about finding the ways in which an individual can make his behavior more green, and his habits more sustainable. It is about introspection, and about not only following the Earth-friendly lifestyle just on the 22nd, but keeping it up, and renewing it every year.

For those of you who still aren’t convinced, and are skeptical about the Earth day, here’s a list of 10 reasons why you must celebrate Earth Day that are guaranteed to sway you to the green side:

1. What Goes Around Comes Back Around

Atmospheric CO2 concentration has reached a record high, in 2015, it surpassed 400 parts per million for the first time since record-keeping began. The current levels have been this high for the first time in over 2 million years.

The ginormous amounts of greenhouse gases that we have been releasing into the atmosphere, and the non-stop pollution causing activities, are certainly going to come back and destruct mankind with dangerous new diseases, and apocalyptic calamities.

In many ways, all of this is like Karmic retribution. So, if we want to prevent the dire consequences, we need to start giving back to the Earth, beginning from Earth Day 2016, and then continue the process every year after that.

2. Dinosaurs are Gone. Are We Next?

Scientists have estimated that 150 to 200 species become extinct every 24 hours. This is nearly a thousand times the natural rate, and is greater than anything the world has experienced since the vanishing of the dinosaurs nearly 65 million years ago.

Indian cheetah is already extinct, our lions are on the verge of being lost forever, and even though humans are simply everywhere, so were the dinosaurs. If the Earth decides that we are next, it won’t be long before we all are gone for good. So let’s stop tempting fate, shoulnd’t we?

Mother Earth is a phrase everyone has heard of, it comes from the realization that humans wouldn’t even have come into existence without this planet, and we owe everything to it.

Since Delhites are known for celebrating Mother’s Day with great fervor and tons of presents, isn’t it time we start pampering the Earth on her special day, the same way we spoil our mothers on Mother’s Day?

4. Can We Please Start Caring?

Even if nothing else is obvious, one fact certainly cannot be denied – Delhites don’t really care about the environment. We buy petrol guzzling SUVs, throw our trash into the Yamuna, light crackers the minute something remotely exciting happens, and all of this because we are too busy to pay heed to the ongoing environmental crisis.

Had we been more aware, surely then the air pollution levels engulfing the city of Delhi would not have been the world’s highest. It’s time for us to empathize with the deteriorating condition of the Earth, and start caring, really.

5. The Indian-ness Of It All

From pre-Vedic cultures that prayed to the trees, to the Vedic times when the five elements – Aakash (sky), Vayuh (wind), Jal (water), Agni (fire), and Prithvi (Earth) were revered and fêted, India has always been one that puts nature above all else.

Let’s move on towards the future, while not forgetting our ancient traditions, as we take a journey towards a healthier planet.

6. The Earth Belongs To All Of Us

We owe the millions of plant, animal and microbe species with whom we share this planet with. Humans cannot just traipse into their homes and turn the familiar against them – their rivers, their land, and their air.

If we want to live in the luxurious ways we relish, we cannot do it at the cost of the lives of other creatures. Taking their natural rights away is immoral, so, let’s pledge our solidarity with the other species this Earth Day.

7. Dear Earth, thanks for everything.

The other, more important benefits like clean air, recycled water, and protection from ozone, are usually not even considered as they are provided to us for free. Celebrating Earth Day is like crafting a huge thank you letter which we must write to the planet every year, we owe Mother Earth that much.

8. Because You Love that Soothing Poem or Song

There are intangible benefits which we derive from nature, especially the aesthetic pleasures of walking through thick woods, watching spring flowers in full bloom, waking up to a bulbul’s song in the morning, these are things one cannot put a price tag on.

Nature’s this diversity and beauty has provided inspiration to countless writers and artists, and all others who treasure variety in the natural world. Some of the more popular and beautiful creative works have all been inspired from nature. We cannot snatch that away from the citizens of the future, it’s just not the right thing to do.

9. It Goes Beyond Religion

Earth Day has a current status of being the largest secular observance in the world – it is celebrated by more than a billion people every year, and is a day of action that changes human behavior and provokes policy changes. It is about being human, and having faith in humanity, rather than on any particular deity.

10. Let’s Look At The Bigger Picture

The Earth Day is more than just a single day — April 22, 2016. It’s bigger than just attending an eco-march, or using recycled paper for one day a year. This Earth Day and beyond, let’s make big stuff happen.

Let’s plant 7.8 billion trees for the Earth. Let’s start to divest from fossil fuels and begin making our cities renewable. Let’s gather the momentum from this day, and build on it, instead of letting it fizzle out.

Image via US Embassy 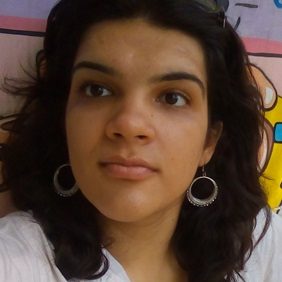 Views: 8,725
Share this ArticleLike this article? Email it to a friend!
Email sent!