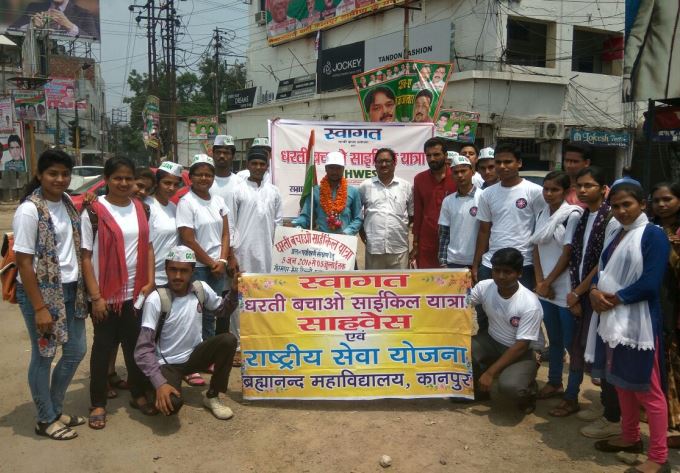 The Dharti Bachao Cycle Yatra, a one man yatra that began on 5th June (World Environment Day) to raise environmental awareness concluded on 5 July 2016 at Lucknow. The journey covered a major part of Western Uttar Pradesh and Delhi.

The details about the journey till 24 June 2016, till Etawah, can be read here. From Etawah, Mr. Gyan Prakash reached Auraiya at 10.00 AM on 25 June. Mr. Shivam Vishnoi, President of Manavadhikar Sanrakshan Samiti along with Hemant Porwal, Dilip Tiwari and Shilu Tiwari welcomed Mr. Gyan Prakash in the district. Mr. Gyan Prakash met with the DM Auraiya and presented him the petition urging for speedier implementing of policies for protecting Mother Earth.

Mr. Gyan Prakash spent the night at Auraiya and left for Kanpur via Akbarpur next morning. He reached Kanpur late in the evening on 26 June and stayed for the night with SAHVESH center in Kanpur city. The next day, he was welcomed by Mr. Dharmendra Singh, Vikash Ojha and Sangeeta along with 40 NSS students of Bramhanand Degree College. The students cycled with Mr. Gyan Prakash from SAHVESH to DM Office. After that they met with DM Kanpur and also addressed media persons. Mr. Gyan Prakash also addressed the students of Bramhanand Degree College about water, tree plantation and environment. 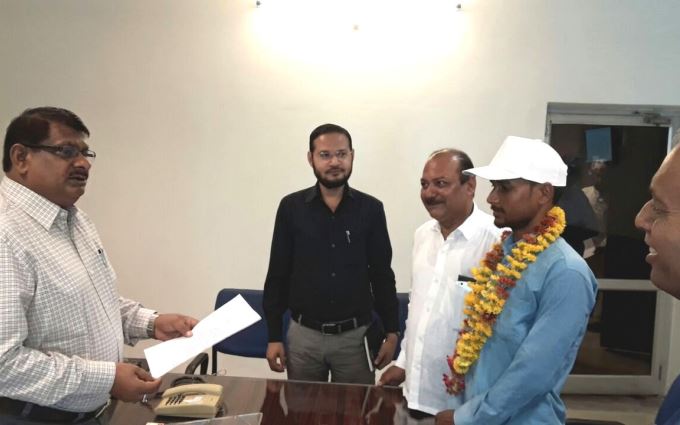 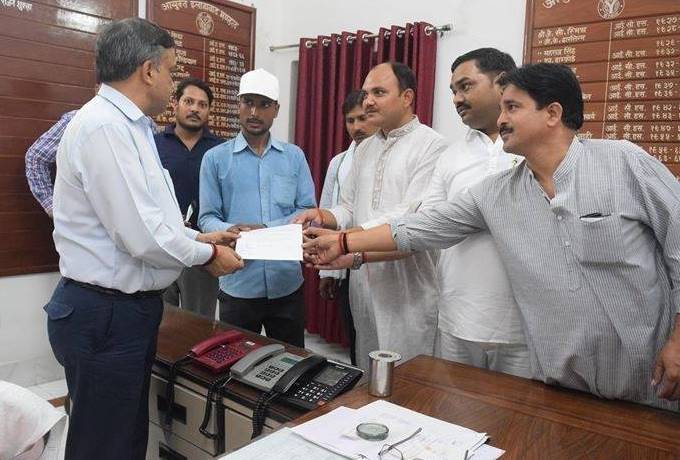 Mr. Gyan Prakash spent the night at Dr. Chandrasekhar Pran’s residence. Following morning, he left Allahabad for Bhadohi, the city of Kaleen or carpets. He reached Bhadohi district headquarter 11.00 AM on 30 June 2016. Mr. Pratik, District Adviser of Water and Sanitation Committee, welcomed Mr. Gyan Prakash along with his team. Together, they presented the Save Earth petition to the DM and also addressed a press conference.

Mr. Gyan Prakash resumed his journey and spent the following night in a village temple some 20 km from Varanasi. He reached Varanasi, the historic city and also PM Narendra Modi’s Lok Sabha constituency, on 1 July 2016. 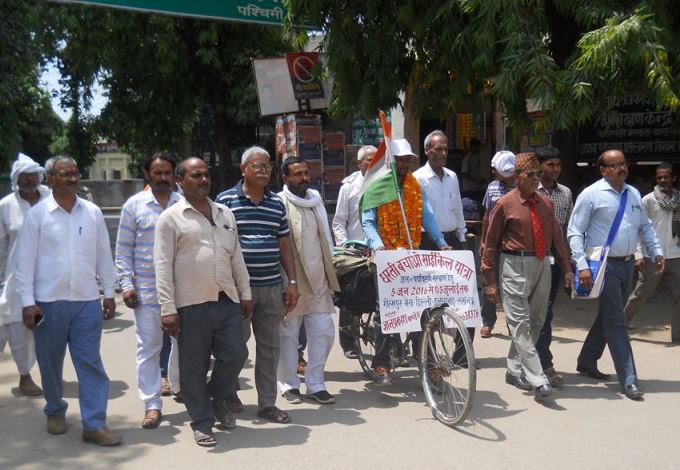 From Varanasi, Mr. Gyan reached Jaunpur District on the night of 1 July 2016. He spent the night at Mr. Anurag Mishra’s home in Jaunpur. Mr.Gyan Prakash met local social workers from Jaunpur in morning. After that he met with the DM and also addressed media persons.

On the morning of 3 July 2016, Mr. Gyan Prakash resumed his journey and reached Sultanpur district headquarter at 11.00 AM. He met with the DM here in the absence of any local support. He spent the night at a temple in Jagdishpur Nagar Panchyat on Lucknow Road. Finally, Mr. Gyan Prakash reached Lucknow on 4 July, late in the night. Mr. Gaurav Mishra, Mr. Pramod Rai and Akash Dinkar welcomed Mr. Gyan Prakash in Lucknow and together they met Lucknow DM and presented him the Save Earth petition.

Mr. Satya Prakash, Convener of Dharti Bachao Cycle Yatra, arranged a seminar and press conference at Uttar Pradesh Press Club Lucknow. They all also visited the Chief Minister Office and presented a petition urging for the speedier implementation of policies and programmes for saving Mother Earth.

Thus Dharti Bachao Cycle Yatra concluded successfully in Lucknow with an overall inspirational response from all – the Government, the media and the people at large. Mr. Gyan Prakash and Mr Satya Prakash thank all supporters, and also extend a special thanks to Dr. Govind Singh of Delhi Greens for his kind support throughout the Cycle Yatra.

The momentum gathered through this first Dharti Bachao Cycle Yatra will be sustained by creating a network of all those who were touched by this Yatra. Also, Mr. Satya Prakash, the Convenor of this Cycla Yatra has announced that he will plan the second phase of the Dharti Bachao Cycle Yatra in more than five states. The second phase Cycle Yatra will begin from 22 March 2017 (World Water Day) and will conclude in New Delhi on 22 April 2017 (World Earth Day).

Click here to read the entire journey of the Dharti Bachao Cycle Yatra.

Views: 4,176
Share this ArticleLike this article? Email it to a friend!
Email sent!