Sadhus Vs Mafia Again: When Will the Govt Stop Killing River Ganga

On June 13 2011, Swami Nigamananda, who was on a fast unto death in Haridwar to protest against the illegal mining, quarrying and defiling of the Holy River Ganga – that he considered as Ganga Maa – passed away. 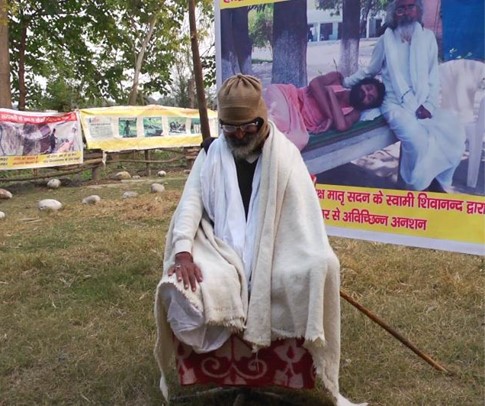 Swami Nigamananda had fasted for more than 3 months and 20 days, staying without water or food all this while, and it is said that he would have continued his fast had he not been forcibly taken to the hospital.

Such was the resolve of Swami Nigamananda, who was part of the Matri Sadan Ashram in Haridwar and was working along side Swami Shivananda on ‘Save the Ganga’ campaign. His death did shake things up, and some provisions were made to stop the mining along River Ganga.

However, illegal mining along this Holy River continues to remain a challenge even in the present day. This is resulting in the destruction of the River and is also a joke on the people of India who have always revered the Holy Ganga.

The following is a first person account received by Delhi Greens from Lisa Sabina Harney from Matri Sadan Ashram.

Another Sadhu Ready to Sacrifice it All for Ganga Maa 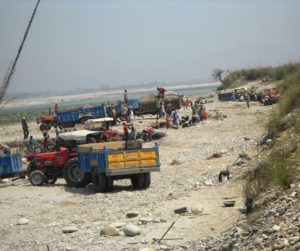 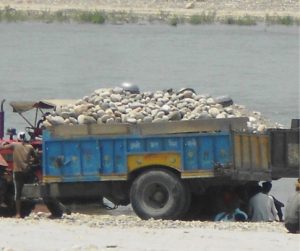 Now, Swami Shivanand of the Matri Sadan Ashram has taken upon himself to save River Ganga from the unholy clutches of the Sand mafia and those who are mining and destroying River Ganga legally or illegally.

Just a few months after River Ganga was allocated ‘human rights’, the state of Uttarakhand is supporting mining in the river bed despite directions from Government’s environmental agencies to ban it immediately. For this reason, Swami Shivanand, has engaged in a fast, taking neither food nor water to stop the corruption. 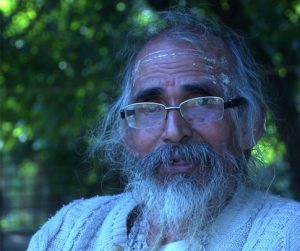 On 1st of June, 2017, mining was stopped on River Ganga in Haridwar District. After seven days of going without water and nine days without food, Swami Shivanand agreed to take water, but he continues to fast without food until a complete ban against mining is in place.

This is because having lived along side the holy River, Swami Shivanand knows that after monsoon, Uttarakhand State will again begin the mining of River Ganga. Therefore, Swami Shivanand is asking for a legal ban, as directed by the High Court and environmental agencies, to be put in place to protect River Ganga for him to break his fast. After 7 days without water, Swami Shivanand’s body has become very weak, though his spirit is high, for he is feisty and strong willed. 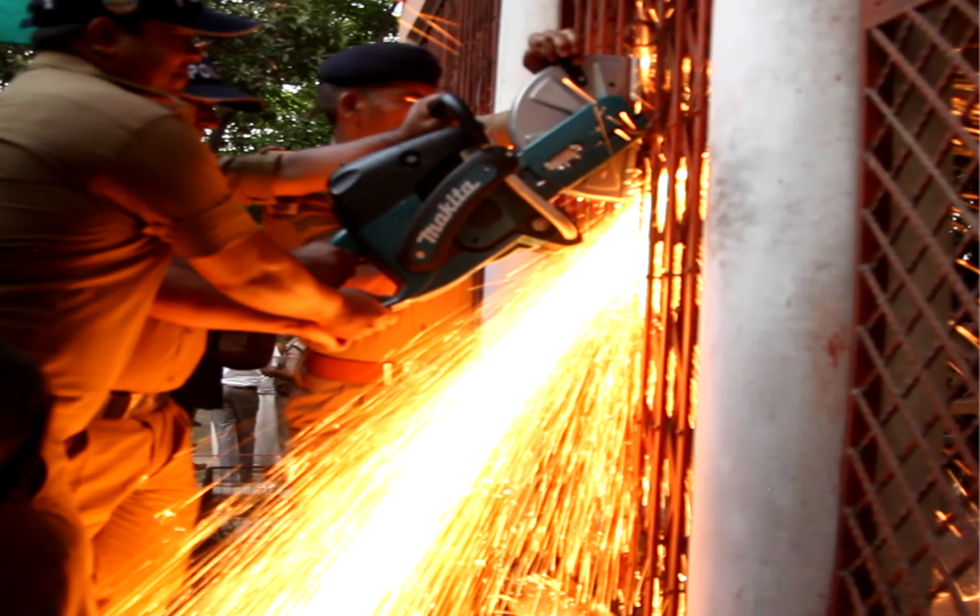 Swami Shivanand and the Ashram are not only facing the hunger crisis but also the harassment of the local administration who have used the police and forced entry into the ashram without warrant.

This disregard for the law is at the heart of what is harming the beloved Ganga Maa. All this, even when River Ganga has been declared as the National River of India.

Update (5 June 2017, 5.00 pm): Swami Shivananda has called of his fast after the Minister of Water Resources from the Central Government has overturned the Uttarakhand State Government’s appeal to mine River Ganga stating devastating environmental destruction as the cause. Swami Shivanand emerges from his rooms for the first time in two weeks and tonight he will break his fast. The order has just come in and hopefully for the first time there will be an iron clad protection of the sacred River Ganga. Extraordinary, one person can change so much. Swami Shivananda says it is ‘Divine Power’. (Received via Lisa Sabina Harney).

Update: Swami Shivanand Tapasya. Day 11 NO FOOD. Please intervene and write to the Prime Minister for his intervention before the country loses another noble Sadhu. All that Swami Shivanand wants is a permanent ban of Mining of River Ganga in Uttakarhand. CALL PMO India now: +91-11-23012312 or write to him at this link.

3 thoughts on “Sadhus Vs Mafia Again: When Will the Govt Stop Killing River Ganga”

Views: 3,443
Share this ArticleLike this article? Email it to a friend!
Email sent!