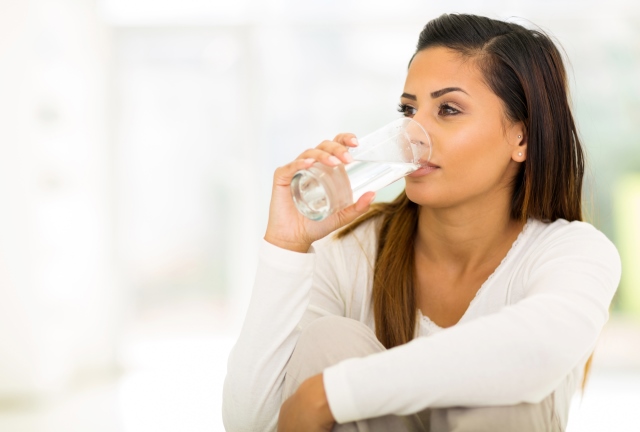 A recent analysis of water supply in United States by the Environmental Working Group has found that tap water supplies to more than 14 million Americans is contaminated with a cancer-causing industrial solvent TCE. TCE or trichloroethylene is linked to liver and kidney damage, and to cancers like leukemia. It has also been linked to birth defects, though the EWG fears that the American Environmental Protection Agency (EPA) will attempt to downplay important evidence that TCE exposure causes heart defects in developing fetuses.

The analysis is published in a Report which is co-authored by Olga Naidenko, Ph.D., EWG’s senior science advisor, and Tasha Stoiber, Ph.D., and highlights the detection of TCE across the U.S. and the health effects of exposure through drinking water. Under the Trump administration, the EPA is retreating from an earlier proposal to ban key uses of this chemical under the nation’s overhauled toxic chemicals law.

“People whose water contains TCE can be exposed not just by drinking it but also by inhaling it while bathing, washing dishes and doing other household activities,” informs Tasha Stoiber of EWG. “Communities across the country have water with potentially harmful levels of this toxic solvent, but many people don’t know about the risk they face when they turn on the tap,” Tasha adds.

In 2015, the latest year for which comprehensive data are available, TCE was detected in EPA-mandated tests by more than 300 public water systems in 36 states of the USA. EWG’s Tap Water Database, which aggregates test results from utilities nationwide, shows that in about half of those systems, average annual levels of TCE were above what some health authorities say is safe for infants and developing fetuses.

In December 2016, the EPA proposed banning uses of TCE as an aerosol degreaser and a spot cleaner. It was the first ban proposed in more than 25 years under the Toxic Substances Control Act, or TSCA, the nation’s primary chemical law. A month later, the EPA also proposed banning TCE in vapour degreasing. The ban on these uses would have protected the health of tens of thousands of workers who come in contact with TCE or TCE-containing products, and over 1,00,000 people who live near businesses that use and discharge TCE.

After aggressive lobbying from the chemical industry, it seems that  President Trump’s EPA is planning to scrap the proposed bans on TCE for aerosol degreasing, spot cleaning and vapour degreasing. The Halogenated Solvents Industry Alliance, a trade association representing TCE manufacturers, repeatedly requested that the EPA and former EPA Administrator Scott Pruitt delay decision-making on the proposed bans, and its requests were granted.  “The chemical industry’s efforts paid off,” said Melanie Benesh, a legislative attorney at EWG.

In the absence of federal leadership, some US states are taking actions to protect their residents from TCE. Minnesota has set a health-based guideline for TCE in drinking water more than 10 times lower than the federal legal limit. “Concerned families can remove or reduce TCE from their tap water with an inexpensive carbon-based filter,” said Olga Naidenko. “But to protect everyone, coordinated state and federal action is required.”

Views: 4,015
Share this ArticleLike this article? Email it to a friend!
Email sent!