How the UK is Moving Towards a Green Future 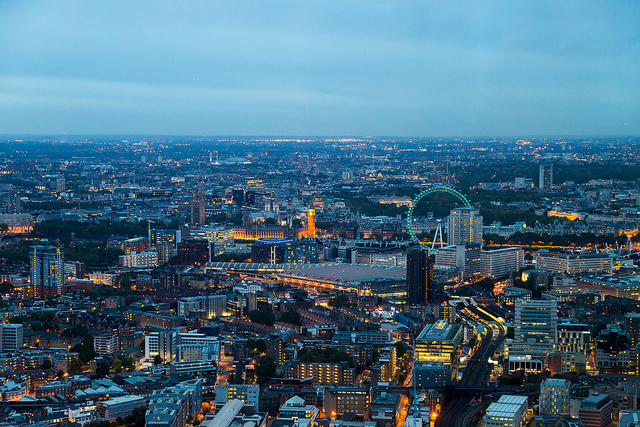 In the United Kingdom, it is clear that the Government is encouraging the acceleration towards being one of the world’s most eco-friendly countries. To help it achieve its goal, UK has recently launched a document titled: Clean Growth Strategy to push the UK towards a lower-carbon future.

Created by the country’s Department for Business, Energy & Industrial Strategy (BEIS), the Clean Growth Strategy is a comprehensive account of how the United Kingdom will amend its everyday processes — both domestically and commercially — to hit its eco-friendly target. Here, we’ve brought together the essential points that show how the strategy’s key features will change UK’s homes and businesses.

The Clean Growth Strategy: what does it mean for the UK?

For several years, the UK has tried to push itself past other nations to become known for its eco-friendly outlook. In 2008, it launched the Climate Change Act, and became the first country in the world to impose a legally binding carbon reduction aim on itself. This objective dictates that the UK will lower greenhouse gas emissions by at least 80% by 2050 (compared to 1990 levels).

Is this achievable for the UK?

Although some other nations may have had their doubts, figures compiled by the BEIS suggest that the UK is certainly moving in the right direction – and at the right speed – to achieve its goal. In fact, overall carbon emissions having dropped by 42% since 1990! While this progress is encouraging, the UK Government acknowledges that there is still work to be done – hence the Clean Growth Strategy.

The Clean Growth Strategy was created to speed up clean growth by lowering emissions while not harming economic growth. The guiding objectives underpinning the strategy are:

But can the UK Government implement this to the extent it needs to? It appears as if the intent is certainly apparent. The Government has stated that it will strive to ensure lower-carbon processes and technologies nationwide, not restricted to simply domestic or commercial areas.

A range of carbon-creating aspects have been considered by the UK Government as part of this document – a full list is found in this executive summary. Essentially, the Clean Growth Strategy pledges to:

The effect on the UK as a whole

This strategy is not limited to any particular area of the UK – it will change how homes are powered just as much as how businesses are managed.

How the UK resident heats, cooks, and powers industrial machinery will change as a result of this document in a bid to become a cleaner country. This will involve a drive towards renewable technologies – such as biomass boilers and solar panels – as well as a move to cleaner conventional fuels instead of oil and coal. For example, for off-grid homes and businesses, the strategy sets out specific plans to phase out high-carbon forms of fossil fuels.

Natural gas is cheap, a low-carbon fossil fuel, and handy for properties connected to the gas mains network. Perhaps this is why it is expected to stay a popular resource in the UK. Flogas, which has been an expert in the energy sector for more than three decades, expects to see this part of its business and the ‘green gas’ phenomenon (natural gas injected with a proportion of environmentally friendly biogas) grow due to the Clean Growth Strategy.

How are UK professionals in the energy industry reacting?

The Clean Growth Strategy seems to be gaining a wave of positive responses from key people in the UK energy sector. Oil & Gas UK’s Mike Tholen – upstream policy director – states that the document will be positive in its effect. He commented, “Oil & Gas UK welcomes the government’s commitment to technology in the strategy, especially with regards to carbon abatement measures such as carbon capture, usage and storage. Oil & Gas UK looks forward to working with the government to see how these technologies can further reduce emissions across the economy.”

Over at Flogas, Lee Gannon, Managing Director said, “Through the publication of its Clean Growth Strategy, the Government has made clear its intention to reduce carbon emissions from off-grid UK homes and businesses. Natural gas is affordable, versatile, widely available and – most importantly – emits significantly less carbon than the likes of coal and oil. As such, it will continue to play a central role as the UK works towards cleaning up its energy landscape. We look forward to working alongside policymakers and wider industry stakeholders to make the Clean Growth Strategy the success that it deserves to be.”

Will other nations follow the UK’’s example and strive to create documents like the Clean Growth Strategy to boost the chances of a cleaner, greener future?

Views: 2,802
Share this ArticleLike this article? Email it to a friend!
Email sent!