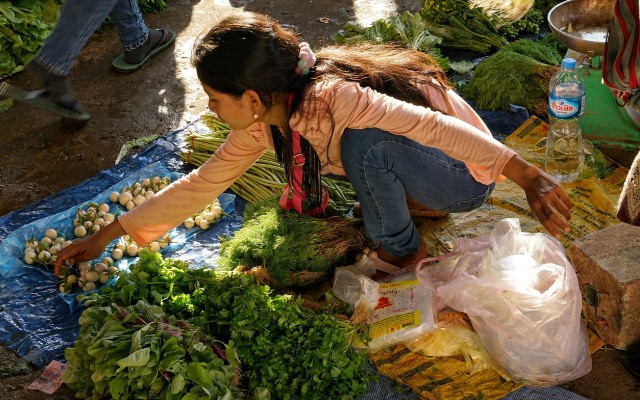 The UN Agriculture Agency Chief has called on world’s Mayors to make global commitments local realities. It is important to make “global commitments local realities,” José Graziano da Silva, Director-General of the Food and Agriculture Organization (FAO), announced in a meeting while discussing common challenges to the Sustainable Development Goals (SDGs), such as climate change and food security.

The special event where this announcement was made, From Global Issues to Local Priorities, was co-hosted by María Fernanda Espinosa Garcés, President of the UN General Assembly, alongside Mr. Graziano da Silva.

About 68 per cent of the world’s population is expected to live in urban areas by 2050 – mostly in Africa and Southeast Asia, where hunger and poverty are highest. Mr. Graziano da Silva said that it is essential to engage local authorities to achieve SDG 11 (promoting sustainable cities and communities), fundamental for achieving all the other goals.

Focusing on SDG 2, which calls for the eradication of hunger and all forms of malnutrition, as well as the development of sustainable agriculture, he pointed out that the number of people suffering from both hunger and obesity has increased over the last three years, especially in urban areas where “people are more likely to eat cheaper processed food high in trans fats, sugar and salt.”

“We urgently need to transform our food systems,” he underscored. “We need to put in place food systems that offer healthy and nutritious food for everyone, while preserving our natural resources and biodiversity” by integrating actions “from the production to the consumption of food.”

“Sustainable development calls for the strengthening of rural-urban linkages based on a territorial approach,” he said, pushing for “a rural-urban continuum.”

Turning to the New Urban Agenda, which was adopted at Habitat III in 2016 during the Quito Conference, Mr. Graziano da Silva said the FAO Framework for the Urban Food Agenda would be launched in Rome on 7 March.

Sustainable development requires “a systems thinking, rather than granular responses,” he argued, adding that the Framework presents ideas to generate employment, strengthen local food value chains and reduce the high levels of food waste found in many cities.

Indicating that some 80 per cent of all food produced globally is now consumed in urban areas, he said that urban consumers would be “a very effective entry point in promoting the transformation to more sustainable agricultural production and value chain development.”

Also speaking at the meeting was UN Habitat Executive Director Maimunah Mohd Sharif, who delivered her remarks through video message.

Views: 1,742
Share this ArticleLike this article? Email it to a friend!
Email sent!