Consumerism: An Increasing Threat to The Environment 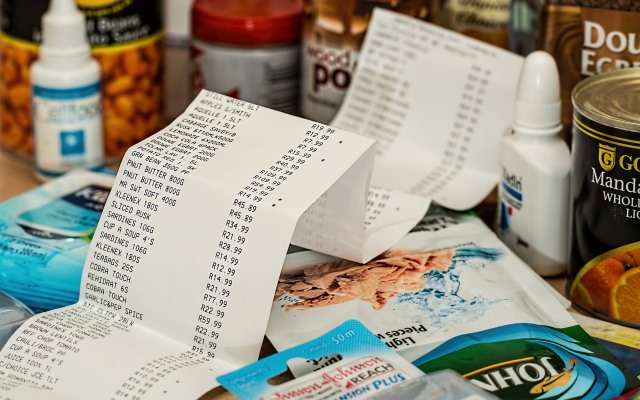 “Some people, some companies, some decision makers in particular, have known exactly what priceless values they have been sacrificing to continue making unimaginable amounts of money,” said Greta Thunberg a 16 year old climate activist at the CoP-24 Conference in 2018.

The environmental problems we are facing today are indeed the creation of the capitalist systems. Ever since the Industrial Revolution, as economies grew around the world, the number of industries and various manufacturing setups have multiplied in number.

Making economies richer has become a priority. Due to this, consumption levels have increased which has led to a vicious cycle of demand, supply and pollution. How pollution? Everything that we consume is produced in factories or production setups which mostly emit chemicals and other toxic by-products through air, water or solid waste which is released into our environment.

If you look around yourself, you will see your mobile phone, a mobile cover, and bag, the zip of the bag, your clothes, shoes and the chair you’re sitting on. These are all manufactured by different industries. In fact these are items that are mostly non-biodegradable and at some point will be disposed as garbage, thus polluting the environment.

It is impossible to count the number of industries that currently exist globally and the damage that these factories cause to our environment is unimaginable. While consumerism does play a major role in harming our environment, unfortunately we cannot escape from it. Societies around the world have already indulged in a constant consuming culture where people only want more of everything.

Westernisation has had a large-scale impact on enhancing the consuming culture of the more developed Asian countries like Japan and South Korea. Our leaders talk about development but this development happens at the cost of our natural resources like forests which are home to various species and animals. More development and greater consumption levels put pressure on environmental variables.

Studies suggest that it is mostly the exporting countries that are facing a severe climate crisis today because these countries extract natural resources and produce goods which are further bought by rich industries. Extraction of natural resources like oil, itself causes a lot of air pollution. Meanwhile the solutions laid out are simple but putting words into action is difficult.

Here too, studies suggest that consumer behaviour is closely related to one’s social status. People purchase some items only to maintain their social status and not because of their actual needs. In this case, social media plays a massive role in our consumption behaviour. Social media has given people the platform to show-off capital within our community.

Buying products has also become easier with the help of online markets like Amazon and Flipkart. Within a few clicks, goods are sent to our doorstep which is convenient but we do not realise the amount of carbon footprint that it is creating. It is very easy to be influenced by others through social media which is making us even more materialistic.

The materialistic society that exists across the globe today will not be easy to revamp. In fact, revamping our consumption pattern can also affect our economies. Decrease in demand and supply has often led to disturbances in the economy in the form of depression or recession. What then is the ultimate solution?

In my opinion, while reducing consumption of unnecessary materials is a viable option, what industries and people need to focus on is green consumption. Green consumer behaviour is a form of pro-environmental behaviour. It is closely related to sustainable consumption. It means consuming only those goods that are eco-friendly, produced locally, long lasting and least polluting.

On the other hand, existing industries that continue to pollute need to be monitored by the government of the respective countries in order to maintain a balance between environmental quality and pollution. These changes will take time but they are not impossible and are certainly the need of the hour.

Views: 5,080
Share this ArticleLike this article? Email it to a friend!
Email sent!