Lessons from China on How to Beat Air Pollution 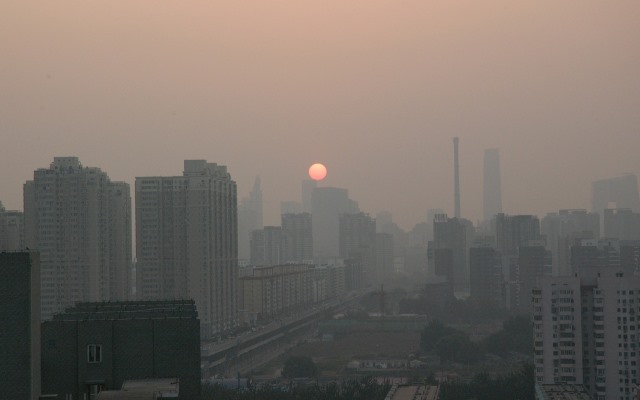 The legacy of global celebration of Environment Day was started in 1974. It continued in the present year too, amidst hot debates around climate change, with zeal and zest like never before! Celebrated over 100 countries, the World Environment Day (WED) is a United Nations day to encourage worldwide awareness and action to protect our common environment.

Each year, WED is organized around a theme that draws attention to a particular pressing environmental concern. The official celebrations take place in a host country to highlight the environmental challenges it faces and to receive worldwide support in tackling it. Themes in the past include Ground Water, A Tree for Peace, Green Cities-Plan for the Planet, Melting Ice- A Hot Topic?, Beat Plastic Pollution, etc.

Keeping in mind the poor state of air quality all over the world, with 7 million people dying prematurely every year due to air pollution including 4 million deaths only from Asia-Pacific, the WED theme this year was to #BeatAirPollution with China being the host nation.

Joyce Msua, acting head of UN Environment stated at a high-level event in Nairobi, “China will be a great global host of 2019’s WED celebrations. It has demonstrated tremendous leadership in tackling air pollution domestically. It can now help spur the world to greater action.”

The announcement was followed by the publication of a review report of 20 Years of Air Pollution Control in Beijing. It is quite evident today that China is leading the fight against air pollution and setting examples from its policies and trials for other nations to follow.

But is China a world leader in tackling air pollution?

However, China still wins the streak due to the long strides it has made in reducing air pollution and achieving the targets it had set for itself at a very quick pace. The credit goes to its policies and their stringent implementation. January 2013 was a month of reckoning for the Chinese government.

Beijing was enveloped in a thick, apocalyptic smog. The concentration of PM 2.5 touched 755 micrograms per cubic metre (g/m³) – 30 times higher than the WHO-prescribed daily average limit of 25 g/m³. This had forced the Chinese Government to announce a $277-billion (a tenth of the current Indian economy) plan to cut pollution across the country by the end of 2017.

Below mentioned are some of the lessons the world can learn from China in the fight against air pollution.

Where does India stand?

Air pollution is equally grave in India. However, India hasn’t proved itself to be as efficient as China in addressing the issue and it seems like environmental governance is yet to come in the country. India too had implemented few policies that have helped placating the problem. The policies and their implementation weren’t devoid of flaws though.

One of the major drawbacks of the Indian strategy to address the issue is the lenient implementation of the policies enacted. Besides, there are other flaws like immediate relaxation at slightest of inconvenience and prioritization of the environment only when pollution crosses the red line.

Prioritization of environmental issues in mainstream politics, enacting of hard-line policies and their stringent implementation are the need of the hour to really #BeatAirPollution in the true sense!

Views: 2,765
Share this ArticleLike this article? Email it to a friend!
Email sent!