This Country Just Moved Its Capital Due to Climate Change 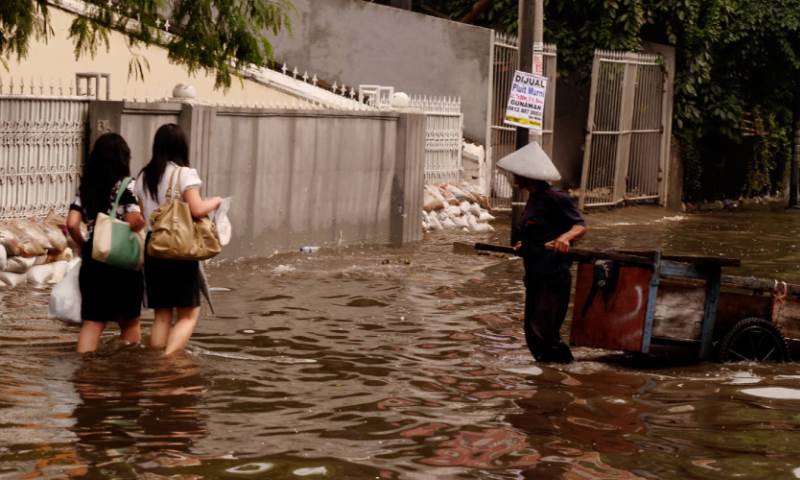 The impact of climate change is no longer a thing of the future. Warnings against global warming and climate change since the last three decades are now being realized. As predicted, sea-level rise is now having a toll on our civilization. And, as predicted, island nations are the first to bear the consequences. Nations that did not take care of their environment are experiencing worse consequences.

Today, the island nation of Indonesia has decided to shift its capital away from Jakarta. The principal reason behind taking this decision is the frequent flooding of its national capital with sea water. Sea water flooding has been known to take place in Jakarta since a few years. However, now when the sea water enters the low-lying areas, it no longer recedes back into the sea. This has made living in a large part of Jakarta no longer habitable. This is exactly how it was predicted climate change will impact coastlines.

Jakarta has recently become infamous for its pollution, overpopulation related congestion and large-scale withdrawal of ground water resource. The latter is another aspect that is believed to have sunk the coastal city making the impact of sea-level rise even more sinister. It is with these concerns that the President Joko Widodo of Indonesia announced without hesitation today that the country has decided to shift the state capital away from Jakarta to Borneo. The transition is estimated to cost at least approx. 466tn rupiah or 27 billion Pounds over the next several years.

But its not just capital cost that is the concern. Infrastructure development for the new capital in Borneo will lead to large-scale disturbance of the native biodiversity and local environment of this fragile region. While Guardian quotes the Planning Minister of Indonesia Bambang Brodjonegoro as stating, “We will not disturb any existing protected forest, instead we will rehabilitate it,” the real execution of the plan is something that only time will tell. Meanwhile, environmentalists focused on Indonesia have already voiced their concerns and are unhappy how the Government seems to be creating a new problem instead of fixing the existing one.

It seems while there certainly isn’t a Planet B, the Indonesian Government certainly seems to think there can be a Capital B. And this shortsightedness is indeed the reason why the world is in the burning mess that it has reached today. The capital cost of shifting the capital can indeed be spent on mitigation and adaptation to climate change and for restoring the degrading urban environment of Jakarta. And governance should focus on fixing existing problems, not shying away from addressing them. And that should be the way forward for addressing all environmental challenges we are facing in the present day.

Views: 3,176
Share this ArticleLike this article? Email it to a friend!
Email sent!