Pledge, Not Ban Against Single-Use Plastic Need of the Hour 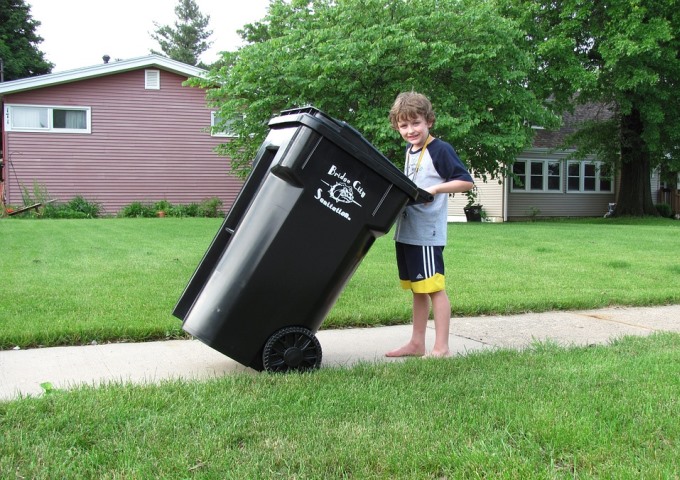 Plastic is a man-made substance which has various uses, is convenient to use and it is light, multi-purpose, cheap and easy to access. This has made plastic a substitute for many other materials and ubiquitous in the modern day. It was also once called a miracle material by Erik Solheim, Head of the UNEP!

So what made this miracle material turn into the devil that is haunting all of us, our oceans, our surroundings and our Planet? The first part of the answer is, the introduction of Single-use Plastic substances. The definition of Single-use plastic includes those plastic substances that we discard after using them once, even though they will now remain on Planet Earth for thousands of years. Several tonnes of this Single-use plastic is lying around the world, in the oceans, on top of mountains and wherever humans have reached (and also not reached).

The second part of the answer begins by stating that plastic really isn’t the problem. It is what we do with it which is the real problem. Agreed, the plastic waste that gets generated after its used does not biodegrade. It slowly breaks down into small fragments known as micro-plastics which are very harmful for our health, environment and biodiversity.

But it is not just plastic, but the rate at which are consuming plastic which is the real problem. To add to this, the fact that we do not segregate our waste only means that it is not possible to collect and recycle the plastics in an efficient way. So we are generating too much of plastic too soon, and we have not made any provision to ensure its mandatory collection and recycling.

Not all the plastic have similar composition and many plastics are known to contain carcinogenic chemicals like styrene and benzenes which are hazardous to human health. Many plastic substances are also extremely dangerous to the living organism, e.g. if ingested it is deleterious, damaging the nervous systems, lungs and reproductive organs.

What harm does it cause to the Environment?

Plastic waste causes a plethora of problems to our environment. When leaked to the environment, it can block waterways and cause disasters. For example, in 1988 floods, two-third of Bangladesh was submerged due to poor drainage caused by clogging of drains with plastic. Clogged sewers become breeding grounds for mosquitoes and pests, and increase the transmission of vector-borne diseases like malaria.

Plastic in the environment also blocks the airways and stomach of hundreds of species, as it is very difficult to digest or degrade. Turtles, dolphins and other marine animals often ingest and choke due to plastic ingestion and even die. There is evidence that toxic chemicals added during manufacture of plastic transfers to animal tissue and eventually enters the human food chain.

Plastic is hard to decompose so we make attempts to burn it. However, burning of plastics in open-air releases harmful gases like furan and dioxin. Plastic, when discarded in landfills or in the environment, takes thousands of years to decompose. This causes harm to the microorganism and creates extremely dangerous situation on land, and even underground.

The global flow of plastic packaging waste, 2015 report states that in 141 million tonnes of packaging waste, only 14% of plastic is recycled and only 2% is effectively recycled. 86% of waste is disposed and littered, 40% dumped in landfills, 14% incinerated and 32% are leakages. Some plastics like the nano-plastics cannot be seen with our naked eyes and can only be seen in water samples under microscope.

Majority of single-used plastics do not even make it to the landfill or to a recycling unit. They are just found littering around and it makes the surroundings dirty. Plastic is light so it can be carried away easily by wind. To give a recent example, a cape buffalo died after eating plastic in a Zoo. It was probably carried inside its cage with the wind.

Sea beaches and oceans were once admired due to their magnificent beauty where marine animals like dolphin and turtles played around. But now, we see a big lump of plastic floating everywhere in the blue wide marine water. Every wave of the sea brings plastic with it, marine animal clearly do not seem to be able to compete with them.

Why Government Needs to Do Something?

The above mentioned points are some of the reason why the Government needs to intervene to reduce and eliminate the plastic problem. There is a global consensus today that all countries must ban plastic due to its deleterious consequences. India has already taken the first step, and single-use plastic is indeed banned in many tourism-states such as Sikkim.

During the Independence Speech made by the Hon’ble Prime Minister, it was announced that all single-used plastic will be discouraged henceforth. However, the focus of any such intervention should be to slowly but steadily eliminate the single-use plastic from our lives. This needs for a nation-wide Pledge against single-use plastic items. Every citizen anywhere in the country must decide to simply stop using Single-use plastic.

It is therefore the duty of each individual and the Government who are the mentor of the State, to take up steps to stop using plastic so as to save our environment and future.

Illegal dumping of waste is taking place in many parts of Delhi today. Two reasons why this is happening is as follows:

1. Lack of Enforcement and
2. Lack of Affordable Alternatives.

First of all, there must be a voluntary agreement between Government and the producers or the retailers, and a sustainable alternative needs to be identified and promoted. Before plastic gained popularity, there were some typical packaging material we were using. E.g. for packing fluid, we used glass or metal, for toiletries it was paper and glass, for cement, fertilisers and rice it used to come in a sack of jute and for toothpaste it was metal packaging. So why can’t we go back to our original materials instead of using the substitute plastic.

We can also find some positive efforts in the mist of global plastic pollution. Rwanda, a pioneer in banning single-use plastic bags, is now one of the cleanest nations on Earth. Kenya has followed suit and is helping clear its iconic National Park and save its cows from unhealthy diet. India can be the next country to take a step to save our environment. Each small step by a single country, contributes to global efforts in the fight against single-use plastic pollution. Goal 12 of the SDGs, or responsible consumption and production can only be achieve by the efforts of each one of us. 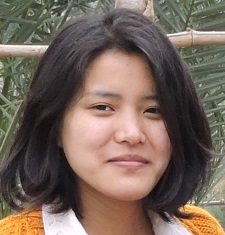 Chomoitim Phairong hails from the northeast Indian state of Manipur and is passionate and dedicated towards the cause of environmental protection.

Views: 2,481
Share this ArticleLike this article? Email it to a friend!
Email sent!