COVID-19 Response Should Include De-congesting Delhi 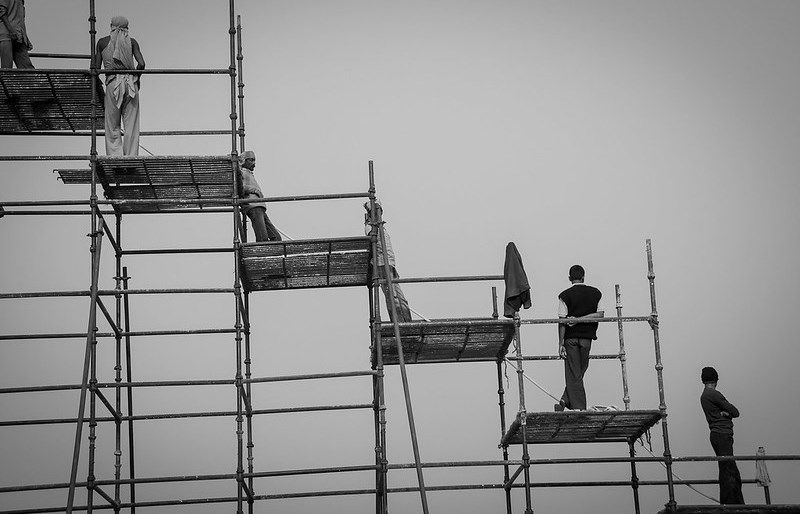 COVID-19 is a global pandemic that has made us look at the world in a very different way. The impact that an ultra-microscopic organism can have on our macro economy has become abundantly clear to everyone. This is now making us revisit most, if not all, of our development and planning. The vulnerability of our physical infrastructure to Coronavirus like threats has exposed the wide gap in our understanding of human welfare and the environmental factors that control it.

The impact of COVID-19 on cities has been the most prominent. Densely populated urban centres have becomes hotspots of Coronavirus spread. Delhi, which has witnessed unprecedented growth in urban population in last few decades is one among these cities. From 16.3 million in 2011, the total population of Delhi is now estimated to have crossed 25 million. The consequent high population density continues to add additional pressure on the already polluted Delhi. It is now become a key factor behind the more rapid spread of Coronavirus in Delhi.

The air quality of Delhi reached hazardous level in 2014-15 when, for the first time in the history of Delhi, schools had to be shut down due to air pollution. Despite this, there has been a severe onslaught on the green cover of Delhi including on the Delhi Ridge forest, the green lungs of Delhi. And Delhi continues to boasts of the highest number of vehicles for any city in the world, the effect of which can be experienced during the peak hours on any road in the national capital.

River Yamuna has been flowing like a drain for at least the last two decades. Ground water table has also consistently declined especially in South Delhi, and according to some estimates a large part of Delhi will turn into a desert by 2025. Simultaneously, the number of wetlands and water bodies in Delhi are constantly declining and are being continuously filled with waste water and debris.

The three landfills of Delhi, at Bhalswa, Ghazipur and Okhla, have exceeded their capacity and are overflowing with waste. These landfills are also principal point source of air pollution as well as ground water contamination. Delhi’s water demand exceeds available water supply by several million gallons per day. This large gap between water supply and demand is one of the many litmus test that Delhi is failing. As a result, urban growth of Delhi today is unsustainable on every scale on which it can be measured.

De-congest Delhi or Be Disaster Ready

Despite such an alarming urban growth scenario, Delhi continues to be developed on a business-as-usual mode. No real efforts are being made to regulate population growth (natural and migration) or even to check the ever-increasing number of vehicles on the roads of Delhi.

In the 1980s, the Government had set up the National Capital Region (NCR), above and beyond the National Capital Territory (NCT). The plan was to deflect incoming migration to NCT into the NCR. But the plan seemed more like a wish that has not been granted by the large number of people who continued to move into the NCT. The NCR model has clearly failed and in the absence of any other alternatives, Delhi continues to be choked and become more and more congested each passing day.

Last year, Delhi witnessed the tragic incident of workers killed due to fire that took place in a congested area. The workers were living inside the factory, without any safety measures and the incident led to loss of human lives and brought global shame to the national capital. The spread of COVID-19 has shown us how an epidemic or pandemic can prove disastrous for the congested cities like Delhi. Any person who has used the Delhi Metro or other forms of public transport knows that social distancing is simply not possible in public spaces in Delhi.

There is thus an urgent need to deliberate on the challenges and solutions for de-congesting Delhi. This can be done by adopting the pathway of sustainable urban development. The latter should begin with accepting that Delhi today is an unsustainable city which needs to optimize its population and resource consumption. It is either this, or that we start preparing Delhi for disasters like epidemics, floods, fire and drought.

Views: 1,116
Share this ArticleLike this article? Email it to a friend!
Email sent!