3 Theories on the Origin of Wuhan Coronavirus Pandemic 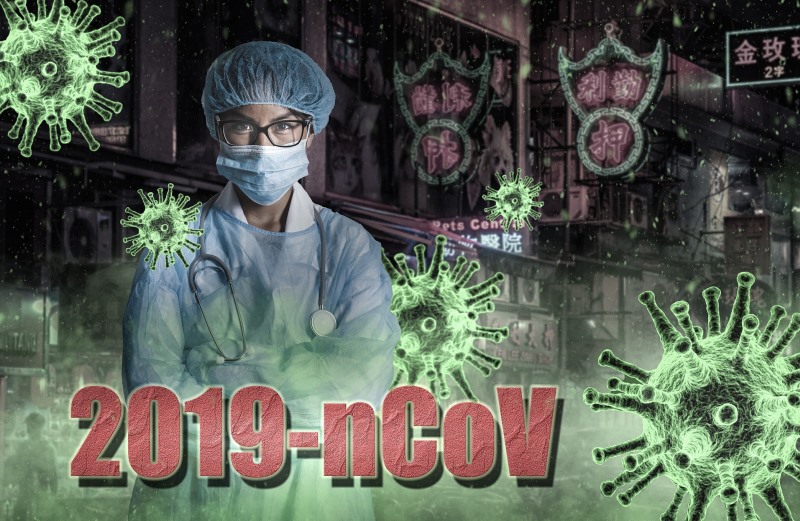 Investigations have shown that it was early December 2019 when few cases of influenza like disease were first reported in China. Examining closely, it was found that some of these cases were having a link with the Wet Market located in Wuhan. The subsequent outbreak was declared as a public health emergency on 30 January 2020 by the World Health Organization (WHO).

On 11 February 2020, WHO named this pandemic Covid-19. Since then, the whole world is battling with the Coronavirus. Countries are blaming each other even as numerous trans-national researches are going on worldwide. Scientists all across the world are busy in preparing a vaccine to cure this deadly virus.

Meanwhile, different theories have been put forward by different groups of scientists on the origin of Coronavirus. However, none of these theories are well accepted till date. Some researchers believe that bats are responsible for the spread of Coronavirus, others believe that the virus was accidentally released or leaked from a Lab which was making a vaccine for AIDS. There is one other group which believes that the virus is purposely released by some country, China/ US or any other, as a bio-weapon. Let us dissect these theories in greater detail.

1. Spread from bats to pangolins to humans

There is no direct evidence that bats are responsible for the spread of Coronavirus among humans. Spread of zoonotic diseases is not new for humans. It is all about how we interact with that animal and how that animal has interacted with other pathogens. Researchers have found that Chinese horseshoe bats host a virus that shows very similar genetic makeup with that of Covid-19.

Habitat destruction, hunting, deforestation, lack of a suitable place for roosting sites are some of the factors responsible for the stressed condition of the bats. In Wet Markets like Wuhan, it is common to find animals placed one on top of each other in cages. There is a terrifying mix of viruses in such conditions. And when these infected animals get very close to human proximity, the virus can easily get transferred to humans.

The role of intermediate species

In spread of zoonotic diseases, the virus actually goes through a series of genetic mutations that allows it to infect and multiply in human body. A study conducted at South China Agricultural University concludes that there is a link between Coronavirus and pangolins too. Their research, on sick pangolins smuggled from Malaysia to China, found multiple evidences of the presence of these Coronaviruses.

Coronavirus that circulates in bats can easily be deadly for another animal species also. Pangolins, also called scaly anteaters, though endangered are killed for food and medicines in countries like China. It is true that humans are more exposed to these viruses because of our uncalled close connectedness with these animals as we continue to destroy their habitats instead of working to restore them.

2. Coronavirus accidentally released from a Lab

The Wuhan Institute of Virology (WIV) is located very near to the Wuhan Wet Market. Usually, the laboratories studying viruses and bacteria need to follow some bio-safety levels. There are four levels ranging from 1-4 depending upon the severity of the pathogen. WHO has also published a detailed manual about the different levels.

But while dealing with biological agents, there are multiple ways in which safety measures can be breached. China has repeatedly been accused of lacking transparency in the early stages of the outbreak, and the US Secretary of State Mike Pompeo has already warned the world that Beijing needs to come clean on what they know.

In a recent interview, Sir Luc Montagnier, a Nobel Prize winner for Physiology has labeled Covid-19 as not natural. He further adds, “this has resulted from work done by molecular biologists, who were attempting to create an AIDS vaccine.”

WHO has also confirmed in its recent report that Wuhan played a role in the spread of Coronavirus, though more research needs to be done in this direction. Chinese researchers, on the other hand, have claimed that there is no evidence available yet which supports that Coronavirus is laboratory construct.

Also, accidental release of dangerous viruses from laboratory is not new. In four instances between 2003 and 2004, the SARS virus was accidentally released at laboratories in Singapore, Taiwan and Beijing. In 2014, forgotten vials of smallpox were found in a cardboard box in a research centre near Washington.

3. Coronavirus purposely released by some country

This theory that virus has been purposely released from Wuhan lab is coming from every corner of the world. Nobel laureate Sir Luc Montagnier was only the first to share his remarks on this pandemic by saying, “The Wuhan city laboratory has specialized in these Coronaviruses since the early 2000s. They have expertise in this area.”

US President Donald Trump has criticized China and blamed it for creating this virus at the Wuhan Lab. He has also created doubt on one of the most highlighted trade deal between America and China. Relations have deteriorated between the two countries because of the Coronavirus outbreak. China is denying US allegations that this pandemic is the result of some research done at Wuhan. In a survey done in America, one-third of the people believe that the Covid-19 virus is deliberately prepared at Wuhan Lab.

Discussions are also going on around a research study from 2015 which was published by US investigators. This study explains how reverse-genetic engineering was used to create a hybrid or “chimera” bat Coronavirus. This “chimera” was capable of infecting humans by combining parts of other known viruses.

There is another counter-conspiracy theory brought forward by Chinese officials which explains that SARS-CoV-2 originated in the US and was brought by US military to China. These theories are speculative and there may well be some conspiracy behind them. There is one more theory which completely blames Bill Gates for spreading Covid-19 among people. It states that because of 5G Networks, the immunity among people is getting low and we are more prone to viruses now.

Scientific theories needs evidences and should always be based on solid evidence. Till date we do not have a clear picture as none of the theories are backed by irrefutable evidence. Nevertheless, it is certainly a good idea to find a solution and cure for the Coronavirus first, and after we survive it, we can go looking for its origin.

Views: 2,346
Share this ArticleLike this article? Email it to a friend!
Email sent!