Guess What is the Name of the National Airline of Indonesia 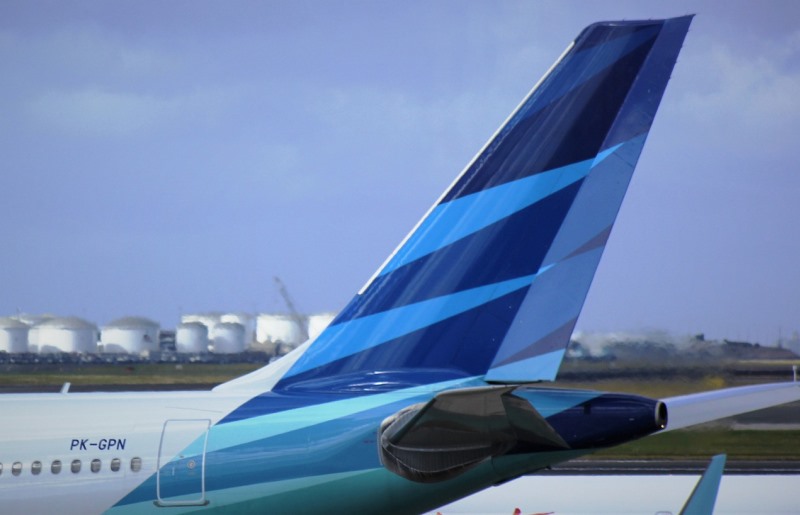 Indonesia is the fourth largest country in the world in terms of population. It is located between the Pacific and the Indian Ocean and is made up of more than 17,000 islands. This is the highest number of islands for any country in the world. Indonesia is also rich in biodiversity and gives great importance to preserving biodiversity. People there have good knowledge of medicinal plants and they follow the tradition of passing it on to the next generation.

In 1948, a new airline was founded by Indonesian government. On 21 December 1949, the then President Soekarno decided and chose Garuda as the name of the Indonesia’s national airline! The official airline of Indonesia today is known as the Garuda Indonesian Airways (GIA) since then. Garuda is also part of the national emblem of Indonesia.

The word  Garuda is derived from the Sanskrit language. Garuda is believed to be the vahana or vehicle of Lord Vishnu. The prevalence of the Garuda legend in Indonesia, in its state emblem and the name of its airline, is a strong indication of the ancient connect between India and Indonesia.

India and Indonesia share similarities in its beliefs and cultural values. Indonesia today is mostly an Islamic country, with 87% of its population having adopted Islam in recent times. However, the culture and belief system of this Southe-east Asian country is highly influenced by Sanatan Dharma. Some of the cultural similarities between both the countries are: 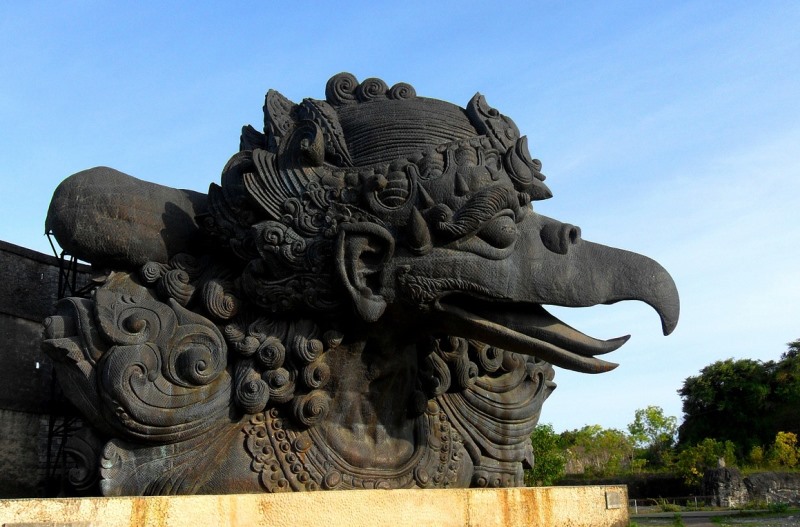 Garuda is a bird or bird-like creature which is of great importance in Hindu, Buddhist and Jain mythology. This bird is described in literature as a powerful creature, having great strength and splendour. It represents birth and heaven. Garuda finds mention in several Sacred texts like Mahabharta, Garuda Purana etc.

The Garuda is described as having white, eagle-like neck and the lower abdomen of a man, according to Hindu mythology. Other South-Asian countries like Thailand (formerly Siam) also have similar beliefs about this bird. Many Government buildings in Indonesia and Thailand are tagged with this symbol. According to one myth, Garuda had originated in India and in Indonesia, it reached through texts and literature.

Interestingly, Garuda is know to have information about births and can judge the deeds easily, because of which Lord Vishnu is said to have selected him as his vehicle. Could this be the bird popularized by Hans Christian Anderson as the white stork that carries children to the parents in the fairy tale titled The Storks?

According to the Buddhist mythology, Garuda was born either from womb or an egg and has very huge body. Their only preys used to be the snakes. Also, they lived around the bank of the ponds. Some people believe it to be a bird. It used to belong to the eagle family. In modern day, and based on some research, Garuda can be associated with the Greater adjutant which has vulture like appearance. Greater adjutant today is an endangered species and needs to be conserved.

India has a peculiar range of narratives and has managed to conserve its biodiversity through worshiping plants and animals that are mentioned in Epics and literature. Some examples are:

People in India have held on to religious since ancient times and this way of conserving the biodiversity is unique in every way. Not just biodiversity, even rivers, water bodies, etc. like River Ganga are believed to be sacred and their water is considered as holy water. Myths or not, but this culture has a lot to learn from.

Views: 2,882
Share this ArticleLike this article? Email it to a friend!
Email sent!