10 National Symbols of India that Represent Our Rich Biodiversity 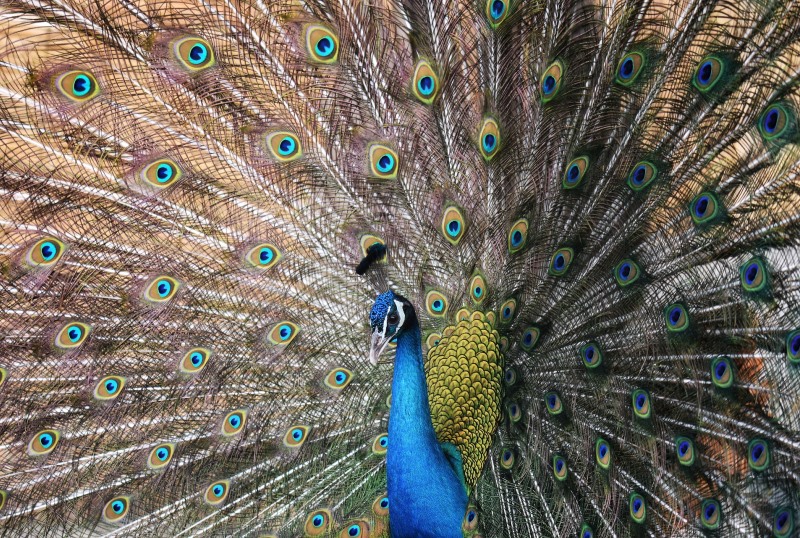 On Independence Day, we share with you 10 National Identity Symbols of India that represent India’s rich biodiversity.

The tiger is the National Animal of India, a fact that every child in the country knows very well. The scientific name of the tiger is Panthera tigris. According to the India Portal, out of the 8 known races of the tiger species, the Royal Bengal Tiger is found in India. The Royal Bengal Tiger has been spotted in all parts of India except in the North-western region.

Tiger numbers in India have consistently gone down and had reached 1,411 in 2010. This is concerning since tiger being the national animal of India is only one of the many reasons why we need to save tigers. Recent efforts have seen some success and the total number of tigers in the wild exceeds 2,000 today.

The Indian Gangetic Dolphin, also known as Susu because of the sound it makes, was notified as the National Aquatic Animal in May 2010. They are mainly found in River Ganga and only approximately 2,000 of them are left in the wild today. The declaration of the Susu (Platanista gangetica gangetica) as the national aquatic animal was aimed at conservation of this mystical animal.

Interestingly, according to an article in The Hindu, the decision to elevate the status of dolphin as the National Aquatic Animal was finalized right after independence in 1947.

The Elephant is the National Heritage Animal of India. The declaration was made in the year 2010 along with the setting up of the National Elephant Conservation Authority (NECA). These gentle giants have been part and parcel of India’s legacy and heritage. However, only around 30,000 elephants are left in the wild today and there is an alarming decline in their numbers.

Elephants have been on the receiving end of the human-wildlife conflict. Due to their large size and habitat requirement, elephants are killed when they are seen to “encroach” newly setup human habitations. The latter are usually made inside the original territory of the elephants. Unfortunately, their numbers are drastically going down and elephant conservation needs to be given special attention.

Interestingly, India Portal does not mention Elephant to be a National Heritage animal and the PIB page related to this declaration opens with a page not found error.

Peacock is the National Bird of India, again a fact well known to everyone in India. The peacock (Pavo cristatus) is a beautiful bird and truly represents the colours and vibrancy of Indian culture and biodiversity. It was declared the National Bird of India in 1963 as per the ENVIS website though the decision was already taken in 1947 as per an article in The Hindu. Peacocks are present across the country and there is hardly anyone in India who may not have seen this bird.

Interestingly, the Bird Man of India Salim Ali had recommended in 1960 that the Great Indian Bustard should be declared the National Bird of India to aid its conservation. According to a newspaper report, his suggestion was turned down for fears that the word bustard may be mispronounced. Less than 250 GIBs are alive today and without urgent intervention, the GIBs may soon become extinct.

Ficus bengalensis or the Indian fig tree is the National Tree of India. Also known as the Banyan tree, the branches of the Indian fig tree root themselves like new trees over a large area. These give rise to more trunks and branches. Because of this characteristic and its longevity, this tree is considered immortal and is an integral part of the myths and legends in India. This tree remains the central point of village life in India and the village council usually meets under its shade.

Interestingly, according to Wikipedia, the name banyan may have originated from the Bannias (trader community in India) when some merchants built a temple around this tree in Bandar Abbas, Iran many centuries ago.

The Lotus or Nelumbo nucifera, also known as Indian Lotus, is the National Flower of India. Lotus is a symbol of purity and is considered a sacred flower in India since long. It occupies a unique position in the art and mythology of ancient India and has been an auspicious symbol of Indian culture since time immemorial. All parts of this plant are edible, with the rhizome and seeds being the main consumption parts.

Interestingly, according to an article in The Economic Times in 2019, the Union Minister of State for Home Nityananda Rai stated in the Rajya Sabha that the Government of India has not given the status of National Flower to any flower. Lotus is listed as a National Flower on the India Portal.

The mango is a delicious fruit that is loved by one and all. It is also the National Fruit of India. The mango tree is one of the most important and widely cultivated fruits in India. Mango fruit is a rich source of Vitamins A, C and D. Over 100 varieties of mangoes, in different sizes, shapes and colours are found in India. The scientific name of mango is Mangifera indica.

Mangoes have been cultivated in India from time immemorial. The poet Kalidasa sang its praises, Alexander and the Chinese pilgrim Hieun Tsang savoured its taste and the Mughal emperor Akbar planted 1,00,000 mango trees in Darbhanga, Bihar. This place is now known as Lakhi Bagh.

River Ganga a scared river of India and represents a riverine ecosystem which supports rich biodiversity as well as human populations. It has therefore been declared as the National River of India since 2008. River Ganga sustains one of the world’s most densely populated area and drains an area of approximately 1,000,000 sq. km. The fertile silt carried by the river is the source of nutrition and support the agricultural activities that take place along its downstream flow.

River Ganga is located along many cities such as Haridwar, Moradabad, Rampur, Allahabad, Kanpur, Patna, Varanasi and Rajshahi. Some of these are industrial cities and there is considerable amount of domestic sewage and industrial effluents that flow into River Ganga. The declaration of River Ganga as the National River was therefore aimed at controlling the increasing pollution of River Ganga.

Interestingly, while it may seem that protection of River Ganga must be receiving HUGE public support due to its sacred nature, but the campaigns remains restricted to a few Sadhus who often end up fasting unto death or giving up their worldly life in their non-violent fight to protect the holy River Ganga.

..and the horse and the bull. The National Emblem of India represent four lions looking in each direction, with a horse and bull below them. It is an adaptation from the Sarnath Lion Capital of Emperor Ashoka. The Emblem was adopted on 26 January 1950 and only three lions are visible, the fourth being hidden from view.

Interestingly, according to an article The Outlook, the National Emblem of India was supposed to have 32 spokes in the chakra (and so also in the Indian flag) and not 24. This is because the original emblem has 32 spokes since it is based on the Buddhist principles of 4 Truths and 8 Ways of Life (4 x 8 = 32). This error was subsequently pointed to Jawaharlal Nehru by an MP, but the need to correct this was overruled.

Views: 3,174
Share this ArticleLike this article? Email it to a friend!
Email sent!