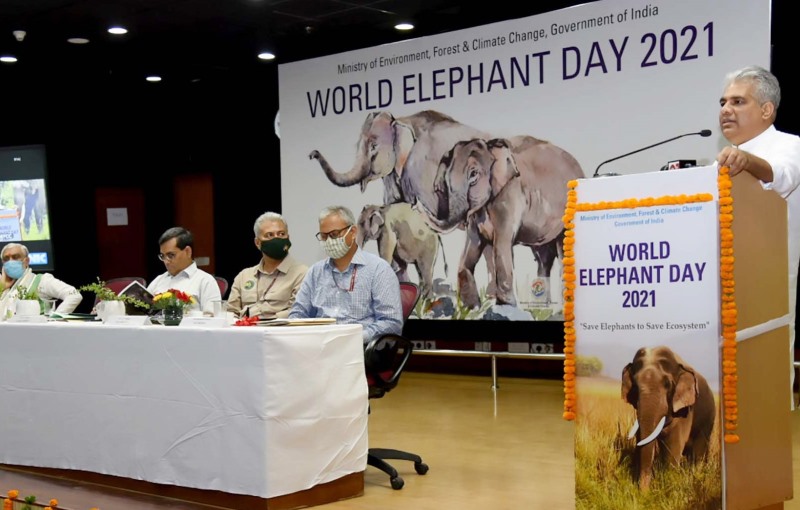 Speaking on the occasion, Environment Minister stressed on the involvement of local and indigenous people in the Conservation of elephants and said that a bottom up approach is the way forward, which will also help in minimizing Human-Elephant conflict. The Minister also informed that there has been a pressing need to improve and harmonize the elephant population estimation methods along more scientific lines in various states across India. The Ministry, for the first time, is converging both elephant and tiger population estimation.

Asian elephants are listed as Endangered on the IUCN Red List of Threatened species. This has been done as most of the range nations, except India, have lost their viable elephant populations due to loss of habitats and poaching. The current population estimates indicate that there are about 50,000-60,000 Asian elephants in the world. More than 60% of the population is held in India. Indian Elephant are listed in Appendix I of the Convention of the Migratory species in the recently concluded Conference of Parties of CMS 13 that took place in Gujarat in February 2020.

World Elephant Day is being celebrated to bring attention of various stakeholders to support various conservation policies to help elephants, including improving enforcement policies to prevent the illegal poaching and trade of ivory, conserving elephant habitats, providing better treatment for captive elephants and reintroducing some captive elephants into sanctuaries.

Views: 460
Share this ArticleLike this article? Email it to a friend!
Email sent!