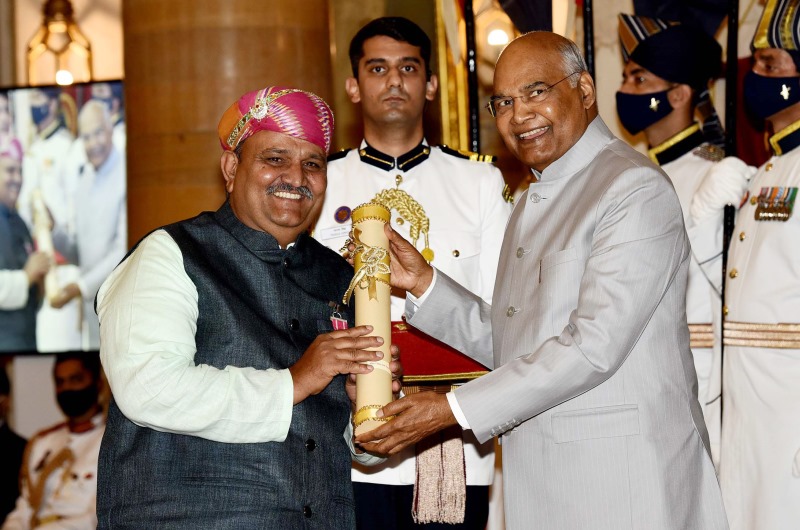 We share with you Padma Awardees for the year 2021 who have been conferred this prestigious award for their work in the field of environmental protection.

Ecologist and Marine Researcher from Minicoy Island, Lakshwadweep. He is an innovator, known for his multiple talents including in agricutlure and linguistic knowledge.

Organic farmer from West Garo Hills in Meghalaya. He is known for growing black pepper and transferring his knowledge to others because of which over 18 villages are benefiting from his work.

He is an inspirational Sarpanch of Piplantri model village in Rajasthan. He is known as a catalyst for pioneering work across forestry and water conservation among others.

She is a 105 years young organic farmer from Coimbatore and is known for cultivating local varieties of millets, pulses and vegetables since over nine decades.

He is based out of Trichy in Tamil Nadu and is known for working to improve sanitation which improved conditions of lakhs of people mainly fishermen who benefitted from the over 30 lakh eco-friendly, low-cost toilets installed by him.

Views: 4,651
Share this ArticleLike this article? Email it to a friend!
Email sent!