The Delhi Greens Blog was founded by Govind Singh in March 2007. The Blog was a knee-jerk reaction to two separate yet related incidents, along with the love and passion for Delhi and trees, which led a young ecologist pursuing his masters in Environmental Studies to launch an online ‘green outreach platform’ for the city.

Professor Wangari Muta Maathai, Nobel Peace Prize Winner (2004) and an environmental activist and key political leader in Kenya who also founded the Green Belt Movement, was invited to Delhi as the key speaker for the Eighth Rajiv Gandhi Foundation Meet. Here, she began her speech by declaring that though she had been to several cities, in her opinion, Delhi is the greenest capital cities among them all. This brought in a sense of pride to Govind Singh, present during the occasion, who wanted to share it with everyone who belonged to his beloved Delhi.

A few days from then, as the city was being prepared for the Commonwealth Games 2010, Govind saw over 1,000 trees brutally marked for felling in the (Delhi) university campus. Not only were the markings unscientific and damaging to the trees, some of which were decades old, the whole idea of felling such a large number of ‘heritage trees’ for a ‘Rugby Stadium’ was totally irrational. The large trees in the university support rich biodiversity, especially because of the Northern (Kamala Nehru) Ridge adjacent to it. He saw the trees crying and standing helpless, as they awaited their doom. It was a challenge to act now or bid farewell to the heritage trees that formed a continuous green belt from the Ridge all the way into the university. 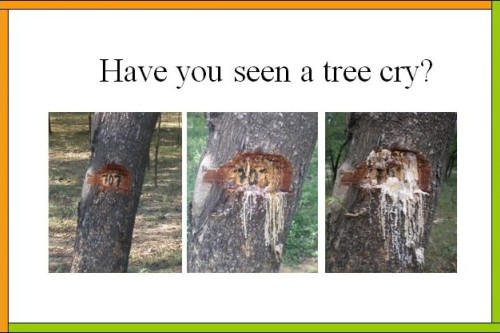 The very ambiance of the university was threatened and something was needed to be done. This threat to Delhi’s greens would have also undermined its ‘green city’ title only days after it was first conferred by the Nobel Peace prize winner. It was then that the Delhi Greens Blog took shape and was first launched as a student protest against the felling of large number of trees, against unplanned and non-inclusive “developmental” activities and calling for adequate planning and foresight in decision making so as to ensure sustainable urban development. 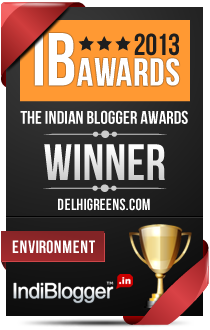 Anticipating the success of this New & Social Media tool and with the need and enthusiasm to create the portal to bring together every concerned citizen of Delhi, the Delhi Greens Blog successfully took the issue of tree felling to the masses, students and most importantly, to national “mainstream” media. The ultimate objective then was to involve the people of Delhi, each and every section of the society, in the making of decisions that impact them directly and have long term impact on the city and its environment.