“I Have Never Been To a More Green City,” Says Prof. Wangari Maathai 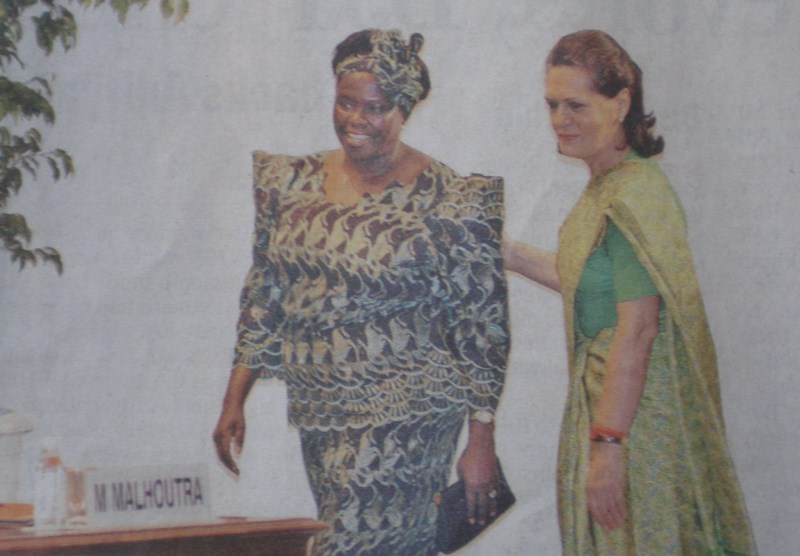 The Eighth Rajiv Gandhi Foundation Meet (held on 21st March 2007 at the Jawahar Bhawan) invited Nobel Peace Prize winner, Prof. Wangari Muta Maathai. At a time when the world is facing a global warming crisis, Prof. Maathai’s lecture on ‘Environment, Democracy & Peace: A Critical Link’ could not be better timed. Through her Green Belt Movement, Prof. Maathai has planted billions of trees and cared for million others.

“I have never been to a more green city”, was Prof. Maathai’s complement to New Delhi. After giving a general idea of the basic environmental problems mankind faces today, she was quick to state that India should stop giving the excuse of being a developing country for not taking adequate initiatives towards a better environment.

India, according to her is developed among developing countries and needs to take quick first steps towards saving the environment – which is essential to eradicate poverty. The latter, as was suggested by Later Prime Minister Indira Gandhi decades ago; is the root cause of some of the major environmental problems.

Prof. Maathai also clarified the relation between Peace and Trees and how the latter got her a Nobel Prize in the former! She requested all to go back to the 3 R’s – Reuse, Reduce and Recycle. Her message that every person needs to plant and maintain 10 trees in order to balance his/her existence was received with much applause.

She has herself vowed that she will plant 8 more trees to balance the environmental harm made by her this trip to India. Last, but never the least, Prof Maathai called for a Global Action to save our environment – an action which should be taken in a committed, patient and persistent manner.

One thought on ““I Have Never Been To a More Green City,” Says Prof. Wangari Maathai”

Views: 41,691
Share this ArticleLike this article? Email it to a friend!
Email sent!