Tending to the Climate Affected: Charity or Responsibility 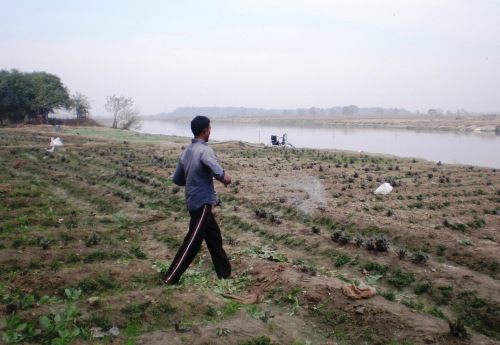 Your involved participation in the conversation on various issues and your pragmatic actions continue to inspire me to write the blog. Thank you for the continued encouragement, since a little over one year now. May this year be as inspiring to you as it is for me.

We all have our concerns about climate change. With the temperature of Earth likely to rise by two degrees over the next decade, the extreme weather events are likely to increase. The winters will be more severe, summers more hot and there would be more precipitation leading to increased flooding, droughts and severe cold. One major concern is to ensure that the human species is able to survive all this. We don’t here much about population increase now. We believe that all human beings, if given the right training and support, are capable of performing as efficiently as every other human being. Hence ensuring human capital by monitoring Human Development Index (HDI) is a commitment taken by the United Nations to which all the member countries are signatory. This is what we believe in.

Given this context, there is a need for governments in their areas of governance and at all levels to ensure that humans are adequately protected due to climate change related extreme events. Every society historically took care of their poor and their underprivileged through charity. So expecting the government to take on this responsibility should not be an exception but a rule. One of the implications is the need to create temporary shelters for populations displaced due to natural disasters.

In my neighborhood in East Delhi, the Yamuna River bed becomes available for almost 8-10 months in the year as agriculture land. This was traditionally used as grazing lands by the gujjar community. They claim user rights over it even today and rent out these lands to the agricultural labour, mainly coming from Bihar. All year round these labour grow vegetables and some food grains. But during monsoon these lands get flooded and the labour residing here get displaced. There is a retired Colonel from the Army who has taken on to support them. He ensures that tents are made available during monsoon for them when the river floods. I am sure each part of Delhi has similar examples of initiatives to protect the vulnerable from such extreme events. Do share with us if you are aware of such good efforts.

Every locality will need more people like the Colonel I have in my neighborhood and given the trend perhaps more permanent of these ‘temporary’ shelters to support climate refugees. There is a need for more and more local leaders taking initiatives to support their vulnerable communities and truly make a difference. Therefore, today’s headlines about MCD’s decision to destroy the night shelters that housed 250 people is truly disturbing. The temperatures these days is into single digits, a more humane approach would have worked better. No doubt this must have been pending for long, and what was done was with the best of intentions, just wrong timing.